A traveller’s perspective from research and observation – Alcohol, depression and mental health 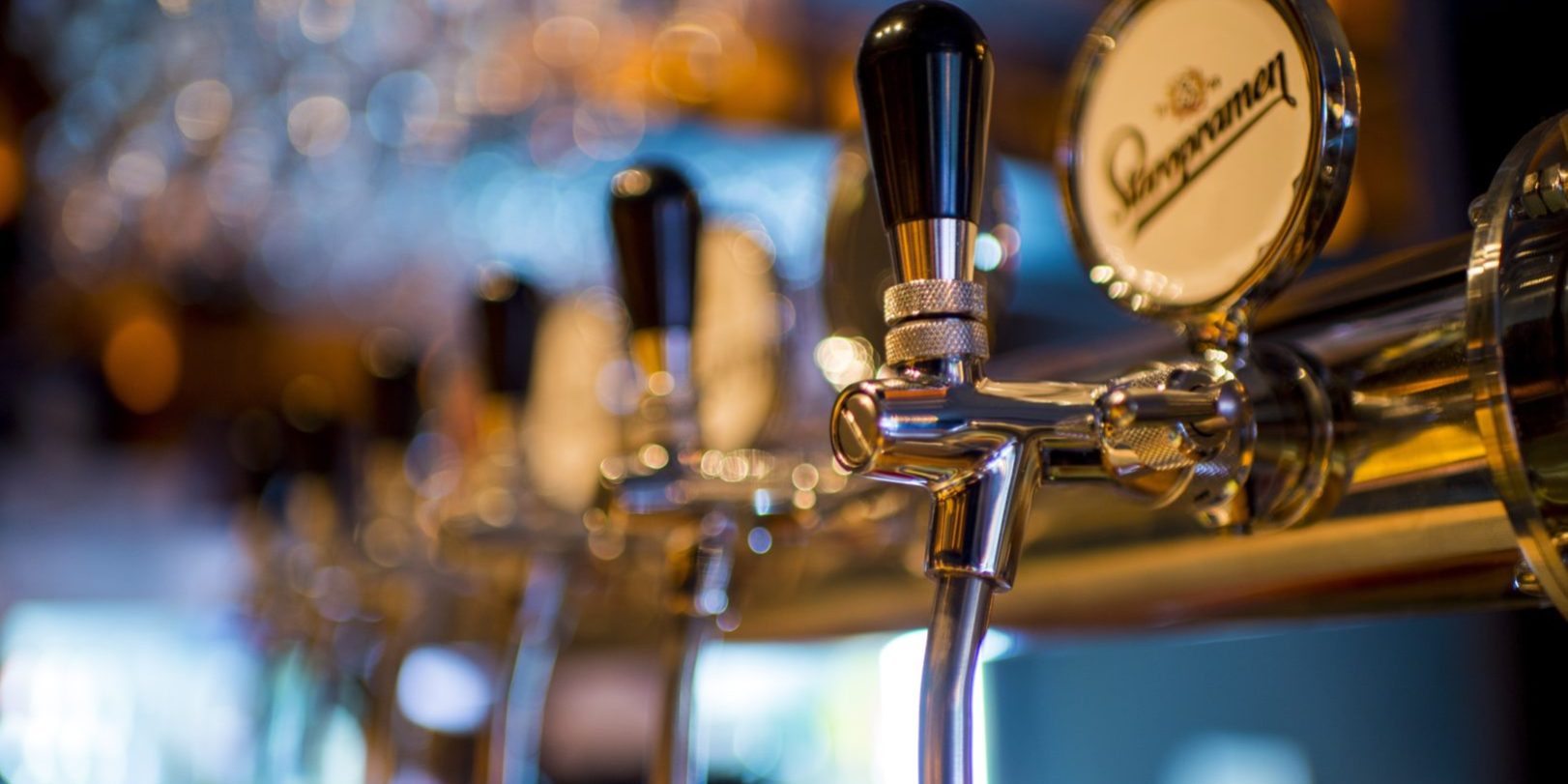 I grew up in a segregated area in an Indian community during Apartheid. At that time there wasn’t a lot of social activities for kids, and with the transport system not being that great the cinema wasn’t accessible to everyone, especially if you wanted to watch English movies. In the town there was hardly any mall-style cinemas, so people watched Bollywood movies in a hall which featured on some days.

I’ve noticed the culture of drinking alcohol growing as soon as I was at an age where I was aware of alcohol. I don’t know if it was always like this, but as soon as I became mindful of alcohol and drinking, I got it that teenagers thought alcohol was cool like everywhere in the world. When you’re prohibited from doing something at a certain age, you want to do it even more.

In the patriarchal society, women never went out much at night, but men sure did. The women who were a bit more liberal (very few and even now) are seen as loose women especially if they’re still congregating in the ever-transferring ownership of these pop-up bars in the town where the locals gather. Not all have had the privilege of travelling to see how the real world out there is, if this privilege was like how Europeans and other countries have it, I am sure that things would change and people would be able to afford low-cost travel or that one-week getaway offer for New York that we’d find in the United Kingdom for under $400.

The habit and the way people “de-stress” after work even in other parts of the world; by going to the pub after work is either saying “let’s drown our sorrows by drinking,” or “It’s boring at home let’s socialise, and it will get dark pretty soon. The pub is the only place where there’s a lot of people. That is a good place to socialise. Let’s have one drink.” Is there ever such a thing as one drink?

So, with time you enjoy life young, meet your friends at the pub, have a few drinks and a little more time passes. Then you have a girlfriend, and she comes with you to the pub, then after a while, she doesn’t because of the impression it gives, and unfortunately it’s not a good impression even if she comes there with her friends who are all girls by the way. Soon you get married, and she isn’t invited at all to the bar, then there are kids, and now she’s stuck at home while you are still making your “rounds” at the bar. Now it’s stressful, work, kids, wife and you spend more time away from home hanging out at the bar. This my friends happen all around the world in small towns and big cities. Not all to this extent and yes, some places in the world it happens to this extent.

The difference is that big cities have other interesting things to do, I mean when I was on holiday I ended up having fun at a bar in Cornwall who made me non-alcoholic margaritas, and you know what it was better than the alcoholic one (if you like drinking you will not believe me).

I mean I would be happy spending an evening of Karaoke in a non-alcoholic cocktail bar. I can see the future people …. If you’re a millionaire or billionaire reading this article, please let’s make a chain, and it’s my idea hey so I get some cuts 😊.

Unfortunately, there is still the mentality that there is no fun without alcohol, whether you go to a party, wedding, or any gathering.

When people drink, they seem to drown their sorrows, so this drinking thing is all about emotions, and if you’re no passive dude, I am pretty worried about how your sorrows will overflow. Where there is drinking, there is often fun, problems, arguments, fights and even a hero if you’re lucky or is the hero unlucky? Think about it. It also starts and ends with this order.

I felt pressure initially when I started drinking. I didn’t drink as much, and at the age of twenty-one, I could only drink three sips of a Smirnoff ice or a few sips of wine. Never got used to the taste, but when I arrived in Britain, I felt pressure every time I entered a bar, club, or party. The first thing people would ask the minute I got in was, “What drink would you like? or What would you like to have?” Now imagine that girl that hardly went to the bar or pub in the description of the small town I gave you above entering a world where drinking alcohol is like going to an ice-cream shop with your friends. In Britain, you’ll go a lot more times to the pub, and of course, the weather is so cold that there weren’t even good ice-cream shops to go to in Britain (it’s because I am comparing South African ice-cream to British ice-cream). Being a young girl, I guess I got caught into the culture because I didn’t know better, but I was a sensible drinker, after all, I was alone in a foreign country where no one could come from around the corner to clean up or save me from my mistakes.

Unfortunately, when I arrived from Britain to the little town again, people presumed, I was “wholly” loose and would expect me to drink without a doubt and that’s without even going to the pub.

What transformed me from having a couple of drinks to taking up the decision of not drinking?

When I went to live in Spain, I was young, and everyone my age thought Spain was a great place to live and party. I started growing out of it when I thought it’s ridiculous to have to buy certain things if you wanted a tapa with your drink and you know what? Soft drinks were not an option on the menu with the free tapa. Every alcoholic beverage came with a tapa. So, one euro a Shandy or a beer and voila you basically had a meal with say two or three rounds.

With time I started to feel like I didn’t want an alcoholic drink wherever we went and started asking the price of the soft drink, which of course came with no tapa. The more I’d join everyone, the more I disliked the Tinto de Verano, Shandy or the beer. I didn’t want to have alcohol in my system just because we were going to tapas bars. Now you’re probably asking why didn’t you go someplace else? I did, but the usual crowd always ended up going out and having tapas if we didn’t plan something as a group at home. In Spain, it was normal to see someone having a beer at a tapas bar even at eleven in the morning. Don’t get me wrong we never lived in the tapas bar 😊, but there was one around every corner, (under our apartment :)) and Spain’s culture is just that way.

I guess the minute I started asking the question around the soft drinks was when my thoughts around stopping to drink alcohol came about. I believe I was sitting at a seafood tapas place near to where I lived to meet with an acquaintance is when I said I had lived the fun life, and I feel like a different lifestyle now. I remember saying to myself, “I really don’t want to drink alcohol anymore. I just don’t feel like it.” It was one year after that year that I found spirituality, and it found me that the odd glasses of wine that I had with friends on occasions became of less of an interest to me. I guess I was addicted to meditation.

It feels good to know that when you go to the doctor, you can answer “No” to the question “Do you drink?” and I don’t smoke so that’s an easy one, but I really was curious because after I stopped drinking, I noticed the following:

I began to read how alcohol affects the brain, how much it contributes to depression, and if you’re holding in some heavy things like anger, how it can be explosive and detrimental to a person. It was in one of my jobs that we worked with a company who made people aware of alcohol that heightened my awareness around really how bad alcohol affects your body. It then made sense why doctors ask these questions.

Please read these articles on the link below. It’s really useful.

These are the points the first two links talk about:

Here are the links https://www.drinkaware.co.uk/alcohol-facts/health-effects-of-alcohol/mental-health/alcohol-and-mental-health/

You know what’s the coolest. The most awesome people I met didn’t even drink.

Furthermore, you can take a look at this Rehab Clinic in London for assistance in various addictions https://www.rehab4addiction.co.uk/alcohol-rehab.