Being true and having morals rather than judging people by religion, race or nationality 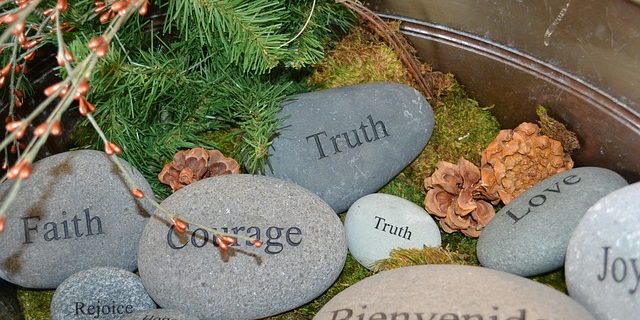 You know it gets tiring playing the game. At first when you’re a teenager finishing school, going into college, university or directly to work you have no idea what people think of you when they see you or when you open your mouth. Maybe you don’t have much difficulty being white. From my travels I’ve observed being white is a big advantage until you open your mouth that is. You know being Indian I didn’t know at first why things weren’t working out for me. Did I not try hard enough? Did I not answer professionally? Did I not pass that exam for the interview, but I swear I knew enough to pass? Was it because I wasn’t experienced enough? I mean I tried my best from a young age to not be shrugged off because of experience. Why? Unfortunately, not many people tell you why they reject you. Every interview I went for there was a problem. I was unemployed for one year after college and tried my best to find a job. I mean I wrecked up the phone bill to one thousand rands. Oof! I remember that day clearly and still, I was jobless.

I looked wherever I could and trust me I wasn’t even fussy. I went to work as a sales lady over the holiday period until I got a job, any job. I went for it. Someone I didn’t know put in a word for me and the rest I did i.e. prepared for the interview, made sure I was there fifteen minutes early, didn’t show signs of desperation even though I was. I didn’t bet on getting the job either because of the feeling I felt after being rejected and that was the job I got. Was it something I studied? No!

I was already born in a country with racial prejudice. There was a system put in place for the Indian, black, white and the coloured race but to add to that Indians seem to even be against Indians i.e. Hindu and Muslims. Seriously, how can one even begin to stand up as an Indian representing Indians without religion being in the way? I was not going to change the world at twenty-one when getting to twenty-one was already tough enough. I figured let’s go somewhere else, after we were robbed at my place of work. It was being held at gunpoint that was the final straw.

Here I am in the so-called real world. People are curious about me looking seventeen yet on paper I was twenty-one years of age. I really was lucky that my experiences and family have toughened me up by then otherwise I would have kept up the bias that all Indian girls/woman are naive. To be honest this one really followed me throughout my life even in a country where they speak Spanish or German or Portuguese. After living in four countries and growing up, the games gets a bit tiring to put up with. It’s too much i.e. first you prove you’re not naïve, then you prove that your education was good with people who were familiar with the history of South Africa or to people who placed the standards of the country in which you were born on the person (me) standing in front of them and then I kept pushing for higher standards.

Let me give you an idea. I was quite lucky to be interview by a man in his sixties for once in my life in Spain. It was a large British company who had a branch in Madrid. The man in his sixties absolutely understood where I was coming from and I didn’t have to play the game. The man in his sixties that hired me was the Director and seemed very proud that I was breaking the perspective on how Indian women appeared to people around the world. I was the only Indian girl in the streets of Madrid at that time. I hardly saw Indian women walking freely like me. Once I passed that interview with the Director I had no idea how many more there were left to prove and quite frankly I kinda almost died trying. Seriously, at one point I felt like I had to prove the whole of Madrid or something.

This was just the beginning. Now, can you imagine when it gets too much that you can’t play the game anymore? There were and are swarms of people who still live with this belief that Indians have an Indian accent from India when they’ve never even heard a South African Indian accent, British Indian accent, American Indian accent etc. I mean the person could even be adopted. Unfortunately, the ignorance of others eventually made me believe their rubbish as there was only one of me. There was only so much I could do that I loved and so much energy left until it really was tiring to prove people even on their interviews. Starting over in every country becomes tiring with the bias views around Indians and Indian women. When you read my book The South African: True Colours you will find that there are similarities of struggles that women go through on all levels, races and countries. Being a woman here or there the struggles are not so far apart from yours (if you are a woman reading this).

The truth is that I’m an Indian woman who sharpened my skills from a very young age, tough because of the upbringing, proving and challenges. I’ve become a woman of the world who even immersed in a country where they didn’t even speak my language (English) and adopted a few languages. I was also taken advantage of on my travels because I was a single woman travelling on my own which tells people that I am alone in my battles hence why so many were confident that they will most definitely win. Win they did, only temporarily as I’m still here raising people’s mindset.

Sure, I faced loads of racism in my own country; South Africa, but I’ve also faced racism out there in the real world. What’s disappointing is that laws against foreigners are painted as laws but also has hidden racism trying to work discreetly.

The world has become accessible to so many people that you are likely to cross more people who might seem like they belong to a certain race, country or religion but don’t. The older generation really needs to ditch this pattern of thinking and religion, race and nationality are going to become dying concepts. People only just want the truth and more and more people want to stand for the truth.