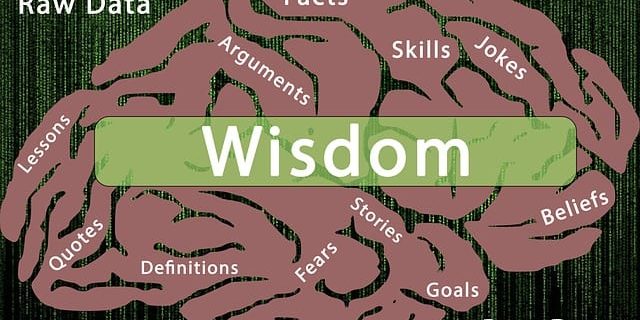 How are you today? If you’re not familiar with confirmation bias, you’re probably asking, “hmm, what’s this topic about?”

Okay, so it’s Friday, woohoo… and you know what? I love talking about this topic. I am going to introduce you to someone as well. Trust me; you want to meet her. It’s in your interest to listen to her perspective… she is the best person I know of when it comes to…

I will finish the sentence at the end of the article.

Confirmation Bias – Definition according to Wikipedia – is the tendency to search for, interpret, favour, and recall information in a way that affirms one’s prior beliefs or hypotheses.

Question from a person: “Once in a while I am late, and my boyfriend takes it so personally. I can understand why he gets upset, but he blows it way out of proportion. This triggers our biggest fights. How can I convince him it’s not about him?”

Answer to the above question from the woman who I will introduce you to: “There is so much in this question. So many different dynamics you know, of the way that people fight. Let me take a few here. First of all, this notion that you decide that it is way out of proportion. In arguments and in hurts, I suggest that you not think of yourself as the person who has the right measurement stick on what is worthy of being upset about and what is not. It never bodes well.

But then the other thing to understand your boyfriend is this. There is something that we do in relationships that is really fascinating. We call it confirmation bias. Which means your boyfriend has decided for a host of reasons quite a while back probably, that when you are late, you are doing this on purpose. You know how much it upsets him and yet you’re doing it again so obviously, you must not care about him or respect him to the degree that he thinks you should otherwise you wouldn’t be doing this.

The way confirmation bias works is that I am going to pick up evidence along the way of everything that’s going to confirm to me that what I believe is actually true and I am going to disregard any evidence that is going to challenge it and make me want to reconsider. So if your boyfriend has decided that you are purposefully dissing him he is going to pick up all the pieces of evidence that prove that the multiple times where you actually came early, the multiple times when you’ve been there on time, the multiple times when you’ve arranged specific special things, at that moment will matter none, because they will challenge this idea, and then of course what you want to ask yourself is why would your boyfriend persist in thinking of yourself as not caring about him when you are trying to convince him that you do….” (see the rest of the video on the link)

There is a way that we organise reality. This confirmation bias gives us order. It gives me a sense that I know what is true, and even if what is true sucks, I still prefer to think that is what is true because at least it organised my reality. Very strange things that us human beings do…

Now, do you really want the answer on how to handle this situation; to the question posed at the beginning of this article? Take a look at the link at the end of this article.

I like this part in the video, “Leave him with the meaning that he has given to it, leave him with the space and stay connected. That is probably at that moment, the best thing you can do.”

“Mine is situational, and yours is essential.”

“By definition, conflict creates a contraction, it stiffens, there is no flexibility, there is no (didn’t get this word), there is no possible, there is just categorical, so people go instantly into the you’re always late, you’re always…and it becomes factual, as if it is really is the case…. A lot of what is presented as fact is actually is an intensification of someone’s experience.”

The first time I found out about Ester Perel, yes, this is the woman I want to introduce you to.

I found out about Ester Perel in Richard Reed’s book (Richard Reed is one of the four founders of Innocent Drinks). Richard Reed wrote the book If I could tell you just one thing.

This is the first time when I found out about Ester Perel. Esther Perel is a Therapist, Author and a Speaker.

Esther Perel is a Belgian psychotherapist of Polish-Jewish descent. See, her parents Sala Ferlegier and Icek Perel were survivors of the Nazi concentration camps and the only survivors from their whole entire family. Her father had nine siblings, and her mother had seven. For four years, her parents stood face to face with death.

You can read about her more on this link

Here is the link to the video about Esther Perel and the person asking the question about his boyfriend getting angry when he is late.

See, I was even more interested in what this intelligent woman has to offer when it comes to relationships. When I heard her Ted talk, I started following her now and again, when possible. She has very sensible concepts.

“Adultery has existed since marriage was invented and so too the taboo, against it. In fact, infidelity has a tenacity that marriage can only envy, so much so, that this is the only commandment that is repeated twice in the Bible: once for doing it, and once for just thinking about it.

“There are still nine countries that kill women for straying.”

“Monogamy has nothing to do with love.”

“So, there is no universally agreed-upon definition of what even constitutes an infidelity; estimates vary widely from 26 to 75 percent. But on top of it, we are walking contradictions. So 95 percent of us will say that it is terribly wrong for our partner to lie about having an affair, but just about the same amount of us will say that that’s exactly what we would do if we were having one.”

Take a look at her Ted talk on this link to see the rest. It has about 7 million views thus far.

Esther Perel is one of the best therapists with regards to relationships that I know of. Her education and viewpoint are unique and equally helpful with constructs and complexities, which are taken into account in this modern lifestyle we live in.

I hope you enjoyed this article and leant loads. 😉