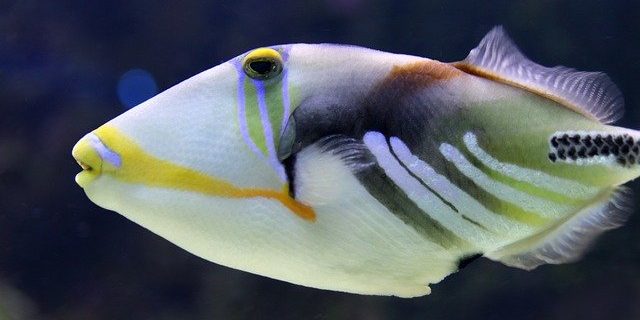 I’m glad my dog hasn’t become a hot dog and that he’s back to his fury self again. There was a heatwave and the clouds have come along with the thunder to cool things off.

Here we are on another topic; Power and perception.

While you can be as authentic as you possibly can from meeting one person to the next you can’t enter some topics of conversation, especially when you’re met with harsh judgements purely because the person you’re talking to doesn’t know you or your true nature. If there’s one thing I’ve learnt over time, that is, you can’t tell your dreams, goals and desires to just anyone, especially small-minded people.

There are so many people out there who set you up for failure.

Can you imagine if you’re here on this website for the first time and begin reading this article for the first time? You have no clue of the type of person I am. I assume naively that it’s alright to talk to you about my goals and my dreams. I tell them to you and then to end off, I say, “I really want to feel powerful again.”

Have you actually read everything I told you before saying the sentence, “I really want to feel powerful again?” Did you have selective hearing? What did you choose to believe? “Who does she think she is? She needs to take off her sunglasses.”

Don’t blame people when you get the reaction that goes like, “Who does she think she is? She needs to take off her sunglasses.” It’s often because many people don’t believe they can get that far so what makes you so special? It’s either as simple as that or it’s plain old jealousy.

Everyone gets hit with something in life, so be kind

Now, what if you knew the person who is telling you their goals and dreams. You are either their father, aunty, uncle, mother, sister, brother or best friend. Why is it okay for him/her to tell you something similar along the lines of another person who you don’t know? What’s your reaction to them telling you, “I really want to feel powerful again?” Most of the time you know your own so well, their story so well, that you will support them, tell them to go for it, encourage them, ensure they got all the force behind them so that they don’t give up.

Why are you less kind to someone who shares similar things with you just as your nearest and dearest would?

This is why your power is and should be very important to you, because no one knows you better than yourself, and the way those close to you know you. The thing is that the people close to you won’t be able to and can’t hold your hand throughout life while you’re living the journey that is unique to you.

Wouldn’t you like to feel powerful again? Power is such a general word with a different meaning for different people similar to the word freedom. You can say you want freedom, to another person freedom could mean financial freedom, for another, it could mean freedom to be an individual following your dreams while being in a marriage or partnership and so the same way the sentence “I want to feel powerful again” or the word “Power” can be twisted, the meaning changed, the belief around it from one person to the next will be different.

“Personal power” and how you use it is purely dependent on the type of person you are, you can either be a person who empowers or disempowers. So, see power is not evil, it’s down to the personality who owns it. T. Dench Patel, 5 February 2020, 16:01

Power struggles in romantic relationships occur because couples haven’t really gotten to the level of being in sync, you know, flowing as one, he moves she moves, she moves he moves, and working as one but not the same people. When partners play the empowering and disempowering game it’s purely from ego and pride (the winning game, or that you got to prove that you are right, and they are wrong). The taking away to teach the lesson then giving it back like you’re giving the dog back its bone.

What I’ve learnt from the relationship I’ve had with domestic violence was that I can’t teach this person a lesson, who am I to? I’m not the universe, I’m not the source/God, I’m just me and I can’t control the whole vortex of what’s happening here. I’ve tried my best to make it work. Their lessons come with time and your lessons come with time, something which neither of you gets to decide, choose, or control. When it’s done and dusted it’s up to each one of you to add and subtract what you got from it and what you’ve lost from it, then move on wisely learning from the past. Only two people who really don’t want to let something so beautiful die or go because what they’ve got is so good will try and make it work, do the right thing and personal power will have nothing to do with it. Personal power can be your flaws, perfection can be your flaws. T. Dench Patel, 5 February 2020, 16:50

Personal power should be used as a motivator; something positive and not as a killer – T. Dench Patel, 5 February 2020, 16:17

As the person, I know myself to be,

So, see, you can give power a negative connotation but if you’re a positive person spreading your positivity then power is not negative at all. If meditation, awareness, prayer, gratitude, talents, abilities, skills, intuition, self-control, wisdom, using wisely all that comes and goes in and out of your life, etc. then how can power be such a bad thing?

By the way the sentence, “I want to feel powerful again,” can simply mean that what you once felt and enjoyed seems so far that you now want to have better times. This is just one meaning to this sentence for a person who is fifty years old.

Before you judge a person who talks about power, get to know them first.