Society and religion put pressure on women and… 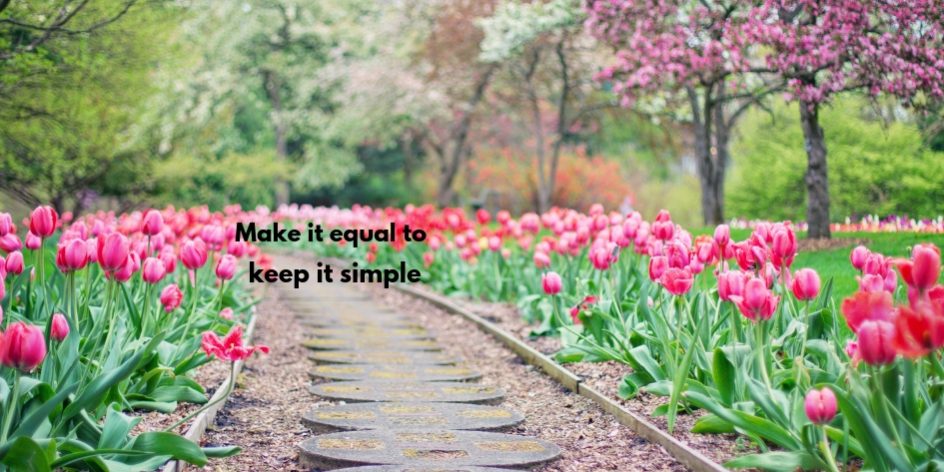 This has certainly been the case for me, and I speak for many women out there too, not that this hasn’t affected men in any way either.

Look if I’ve offended someone, then I don’t mean to. I say it like it is and how I’ve seen it up to now. This is just my theory.

Okay, so don’t you ever think about how much time you’ve wasted in being taught about the detail and raising the standard for yourself. Having detail and being brought up with good standards is helpful throughout your life. This skill will get you very far.

Your family are invited to a wedding. Your family were seated at the back. All the women who know you and your family say to you, “You’re not wearing a necklace,” or “Loosen your hair.” You don’t care because you’ve decided to have a time of your life here. You don’t even see these people or know them really well. You were invited to the wedding and that was already nice enough of the hosts. You go back home and remember the good time you had there. After a few days, some people point out that you were disrespectful at the wedding and that you did what you wanted. You didn’t help in the kitchen with the other teenage girls and their mothers. Your mother gets the brunt for this too.

Your family are close relatives of this family. When you go to their house, you can sense a mutual dislike, you are not treated very nice and some members of the family hardly talk to you yet in front of everyone they are showing that you’re so close. The fact that your family is sitting in the front is all for show. It’s to show people that you are close, but the truth is you were lucky if you even talked twice a year to the hosts and their children. You know if you were at their house for a private event you’ll be sitting at the back. What’s the point of commenting that your neck looks empty? This becomes really annoying with the number of people saying it. You don’t feel comfortable around here and these people have more strict and false ways than the ways you are used to and the people you are used to being around with. A couple of days later you find out that the hosts have been shamed and the talk that is going around is that they’re so rich, yet their close family member had nothing around her neck. Your mother got the brunt for this from the hosts of the wedding.

You’ve been living abroad for so many years and one day when you settled in a country you decide to visit a family because they’re supposed to be really closely related to your family. Everyone is saying that you should visit them since you live here. You call them and go and visit them. You buy something nice for them as a gesture which you’ve been taught by your parents and the way things are done in your culture. You’re not religious, you have become an independent woman who has travelled the world and have adopted the belief of simply treating people good is good enough. Over time you’ve learnt to remove the bulls*** that didn’t serve you if you wanted to get more done more effectively. When you visit them you automatically speak your mind without censoring your truth. You have a great time and return home thinking that was a real and genuine conversation. You were told to visit when you like.

Because they were so nice to you the next time when you go and see them you take some really nice treats for the kids and for the family and buy what you think you can afford and what they might like. This time round things are different. Something doesn’t seem right, and you think maybe you’re the one who is wrong. A lot of focus is put on the cab you took and them dropping you off at the station. Something which seemed like nothing especially when they’ve offered.

Later down the line after months of wondering what you have done, you find out that the family have made up a completely different version of the reality than it actually is. The severity of their mentality gets you to cut complete contact.

Their version was that your mother was pushing you to go and see them and then in another conversation, it went to your parents pushing you to go and see them. The chocolates you bought for everyone and flowers were questioned too. The fact that you enjoyed playing the guitar and tried to hold onto your power made them think that your money makes you better than them and that you are rich. The fact that you never came to see them in the past is the focus instead of the present. Irrelevant and personal things have now become the focus i.e. like you don’t have a house at your age, or you don’t know how to cook and you’re a woman, or that you’re not married and that you’re paying so much for rent. The fact that you came when you wanted was, “Who do you think you are?” Then to end it off, you get the sensation that they feel as if you wanted something from them and that is why you were being nice. They have never questioned the intentions of their children or what their children had done. Their children were men. They have never gotten round to find out the real truth. If they’ve asked you they would have got it.

If you’ve watched Bollywood movies you will see how many people create the real-life dramas overseas and in some villages in India. Modern thinkers in India are beginning to see this as just entertainment and perhaps some intelligent movies as education.

Now, how do these three scenarios relate to your life? How can things be simplified?

You ultimately decide what you deserve – T. Dench Patel