The power of affirmations 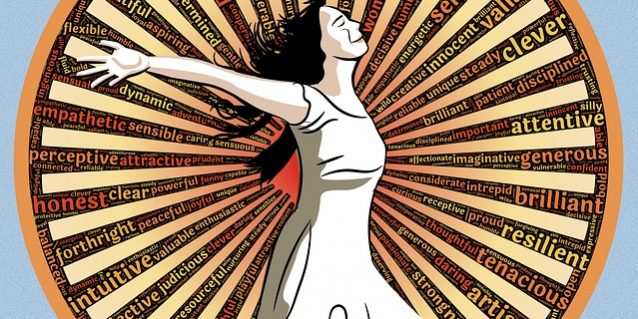 I’ve discovered affirmations in the year 2014 after coming out of a relationship with domestic violence. I didn’t know how much I struggled on an emotional and mental level. I knew I wouldn’t take a physical beating or a slap but one thing I was oblivious to, was the mental and emotional blackmail I was taking on a daily basis. It was in May 2014 that I started to understand that my mind was rolling in a very destructive pattern. Everything that was told to me and that I slowly believed I’ve taken onboard so much so that I’ve started telling myself what was said to me on a daily basis. I changed from a very confident, happy, energetic woman to a stone. It’s only when I reached the “stone state” that I realised that I, that person who had such a rich and full character has disappeared. She was now the figment of my imagination.

Lucky I wasn’t on autopilot when I recognised that. I started plugging into Paul Santisi’s 3D affirmations. Check it out on YouTube here’s one link out of many https://www.youtube.com/watch?v=ab71jw25KlM You got affirmations being constantly said to you, only it’s not one after another. Trust me it’s pretty cool. I found that this gave me a new awareness. I used to put my headphones on, lower the volume and then go to bed. Sometimes I even used to wake up with it still playing. I started feeling better on a daily basis and then something else happened. I took a full new approach when I started to pay attention to what I felt I lacked or needed. I started to write my own affirmations. 2014 and we’re in 2019 I have become strong over time. I have also seen my affirmations come true and I feel like a strong tree very grounded.

So, what do affirmations really do? They reprogram old thinking ways to new thinking i.e. positive thinking so think carefully what you want to attract and what you want reprogramed.

There is a difference to reading your affirmations and listening to them. Listening to affirmations helps with the first step to programming but saying them and feeling into it like you are already that which you are saying with more meaning is where the magic lies. Sometimes people forget that you need to feel into it and you merely sound like you are reading scriptures. Say less rather than a whole lot and then feel into it. Use “I Am” and then your affirmation. So, for example, I am truth, I am self-belief, I am faith, I am making it happen.

After leaving my ex-partner, one of the things that made it hard to heal was also my surroundings. Sometimes you can’t help but to just find traits of your abuser in other people. That’s because your level of sensitivity is very high. Affirmations help at times like these with the nature of people’s personality after all not everyone gets to choose who they work with, their family, and certain encounters.

Affirmations help with surrounding you with what you want out of life. You will notice synchronicity and will find that less negativity will enter you. You will also find that you will be more grateful. Keep saying them daily and as the months pass you will find that you will feel stronger. Be like a tree that has a strong bark that whatever hits it can’t hurt it or penetrate it. Good luck with your affirmations. Write me a comment to let me know how you get on.