Trust and Intuition – Child to Adulthood 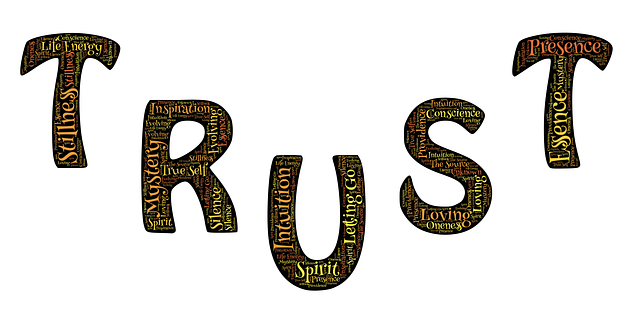 As children, we are influenced largely by our peers, families and adults. We are still learning how to manage relationships, emotions, thoughts, plans, our actions, beliefs, feelings, pain, joy, excitement and sadness. I’m sure there’s more to this list. Children are used to being told no as often as a dog gets told “No.” Raising a child as we all know doesn’t come with a menu and as children grow, we grow. The hard part is when we’re growing, we still have to catch the moment of transition for the child by the horns. This means being in tune with your child.

Children are vulnerable and as kids, we’re concerned about who they trust and I’m pretty sure this was taught to me from a very young age. I’ve also watched my siblings and learnt from them and their experiences. Children need to be confident and must speak up as they are in the most vulnerable position. I mean imagine first we give this talk to children about being careful, don’t go near strangers, don’t walk alone in the park, have no conscience if you have to upset an adult and don’t this and don’t that. Then as teenagers, they grow with this mistrust and the thought that the world is hard and even bad. Children lack spiritual teachings and quite frankly it’s no use teaching one child this, it can only make a difference if all children learn it too. The child already has difficulty balancing the list I say above and spirituality for a child can be pretty dangerous. They could enter the world of trust early in life and get hurt, disappointed and damaged even by the time they reach adulthood.

So, what do you rather train and the only person that can train this is they themselves? Intuition, yes, I’ll say it again, intuition. Intuition is what we run by all our lives, but I believe we miss teaching this with kids. Most of us were unaware of intuition playing a role in our lives only until later in life. We had to have the life experience i.e. making mistakes and going through amazing positive experiences to understand how intuition works.

So how do we train a child on intuition? Scary isn’t it, because you are scared that if intuition tells him or her that it’s okay to speak to a stranger then they would. Saying that most children are already using intuition even in a safe space for e.g. when they’re in a family gathering and meet new people whom they don’t know, they can sense either being with a group of people their age or even on their own by the vibes they get. Think about it. Have you ever seen the face of your child when they meet someone cool for the first time or know from their cousins, friends and family over time about this person whom they even met once or twice? Is that the same child you know at home? He or she is eating something they would not eat at home but will eat it just because the “cool person” is eating it.

Bullying is a big example. If your child is standing up for themselves and you are well aware of your child’s nature it simply can’t have been your child’s fault. I mean every parent feels, “No it can’t be my child.” Why does the bully get away then? Sometimes teachers aren’t fair and this is what I’ve heard from people in mixed schools.

This is just one example of an Indian child in a mixed private school. “The teachers in this school are all __________. The bully is ____. He slapped my son and my son fought back. My son slapped him back and it so happened that the teacher saw my son slapping the ______ boy but didn’t see who started it and that the ______ boy slapped my son first. I got called by the principal. So, my son has been bullied for god knows how long, we even had to change schools but why is it that they only catch him in the act of him standing up for himself against the bully all the time? I am starting to feel this is no coincidence. I am starting to feel that this is about race or something else and it’s definitely unfair. Why can’t teachers understand the previous history of my child and what we had to go through to put him in another school?”

Your child can lose trust in adults, in people who supposed to be representing justice, therefore, his or her ability to work from intuition is a crucial tool they would need throughout their life. Working with them through their difficulties even if they’ve been disappointed is the reality of life for every one of us but being confident in their abilities and talents and trusting that will take them a long way.