Do not force your children to take on huge responsibilities early in life. Let them enjoy the present. 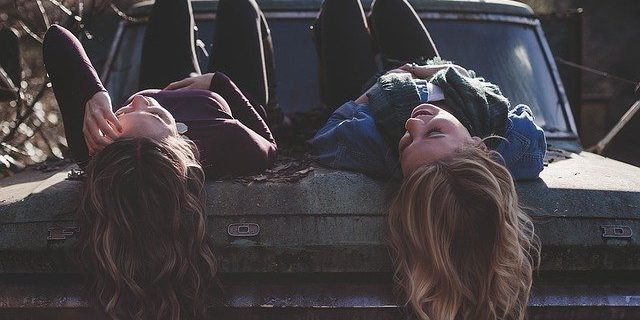 Hope you are doing well and that your weekend was great.

This is an interesting topic and I wanted to share this with you because I have twenty-five years of experience on this subject, after all, my background is that I am a Hindu girl who grew up in a patriarchal society where arrange marriages (not saying this is a bad thing, I know some marriages that are absolutely successful. I don’t agree with the forced and underaged ones) are prominent.

Along with that not only have I witnessed the pressures young women have and I have also witnessed what young men go through. I have also met and heard of a few odd cases out of the Hindu culture who had similar pressures when I was out travelling.

Most parents want the best for their kids, and of course, when you’re young you would think your parents know better, but parents themselves are learning; just imagine the regret that comes with thinking you’ve made the best decision for your children at that moment and then it becomes the contrary.

I have always wondered about the young adult who everyone has been saying to their entire life, “Don’t drink alcohol, don’t touch it, you’ll become an alcoholic,” or “Don’t do this, don’t do that, we’ve heard this, that’s what happened to that boy/girl in that family,…”  and bla bla bla “Promise me you won’t do this, promise on your mother’s life you won’t…?” By the way that last one is the biggest manipulation that you can ever put onto your child. I wonder what is the real reason for parents and extended families to do this to kids? Is it, first, you are worried that your child will shame you and your family legacy? and then second, it is about your child’s future?

So, I am currently in the background of the Indian community and I am still hearing what I have heard all my life while growing up in a Gujarati community years ago. You know the old are wise but they also have some dead beliefs or systems that are not current with the way the market, yes, I look at the way people have evolved as a market because solutions are required for the “side effects” that come with an advanced movement through technology, experiences, education, etc. in our current world. I have collected so many advanced ways from the wise (old) which is something which I can look at from the time I was a child to now when I revisit this element of the world which was once my world.

What still exists today is the boy that people have told that he must become a man as soon as he finishes his college or university education or that she (the girl) must get married when she finishes high school, college or her university degree. Yes, the same boy or girl that everyone told, controlled and ensured that he/she doesn’t go the wrong way; doesn’t pick up a drink, doesn’t pick up a cigarette, doesn’t go out and date a few girls, doesn’t go partying, doesn’t live… Okay, so when does this boy or girl get to live their youth?

He was quickly put into an arranged marriage, he quickly joined the family business, he quickly had children, his parents have now left this world or not, he had everything and today, he has become a gambler, alcoholic living in denial, his marriage has broken down, only wants to be in the fantasy world to feel good and lives far from reality. Do you know of people in your society who has been through this and if not, I am pretty sure that that homeless person with an addiction on the street, if were sober today can tell us what an incredible life he once had or not…?

There are so many people there to brainwash you in life and it’s hard if you’re in a position where in the first place you don’t know better; a child from a wealthy family who’s got the best education but can’t see the reality in the matrix, you were conditioned to believe otherwise even when you could have a university degree and the best possible upbringing. School and University don’t show you anything out of the matrix, and this is a huge issue. You would hear stories, but you haven’t had the opportunity to feel that story/reality and understand its complexities, it’s like a story you read but you are not attached in any way to that world.

Don’t force your children to take on huge responsibilities early in life and let them enjoy the present. They are going to do it whether you said they shouldn’t or should. They will do it more the more you say “No”. Instead, teach your kids while you do have the control before it becomes too late; when they do get influenced things like meditation, willpower, etc. It’s those superheroes that they watch as kids which they themselves still don’t get; that they are superheroes. What kids are thinking because they’re still growing up is that superheroes have that one, two or a couple of elements that make them the superhero, like spiderman got his powers from a spider bite, but before that, he was seen as “weak” and was bullied at school.

The reality in our world is that there is no such thing as meeting one bully in your entire life, there are many bullies out there and they prey on the weak. What you want is to instil the true superhero that is in all of us in our own way and teach them to harness their power through self-control, self-discipline, willpower, patience, inner strength etc. and to keep working on those factors. When you invest in your child in that way, you can trust them and you reward them in a manner where you teach them that trust is hard to earn and when lost all that was done right all along for so many years can be destroyed by one wrong move. Isn’t that better than losing your child in the long run even when you’ve left this world? – T. Dench Patel, 20 January 2020, 18:45

Scaring your children through other people’s mistakes or threatening them isn’t the answer. Then why did you have them in the first place? Let them live and use the tools you taught them so that when they’re gone out with their friends for the night, you can simply say your prayers, trust in the source, head straight to bed not staying up for them knowing fully, believing fully that what you’ve taught them thus far is in its right place and right timing. It’s their life, it’s their choices, it’s their experience and you are not here to make them, that is for them to do by realising what their power on our planet is and how their own experiences got them to make a difference in people’s lives with very few regrets worth holding onto.

But one thing, as a woman, I would really like to add that you really need to invest a lot more time into your girls, we live in times where there are still as many people as ever getting away with how they treat women; women still get paid less than men, women are depicted as replaceable even the entertainment you watch on TV depicts this, women have a lot more to lose than men.

Be the parent who empowers your children in their calling, whatever that may look like, no one can predict their success but if you teach them the way they can embrace their journey that will begin to leave traces of success in whatever they seek.