Why playing the game is very exhausting and making you settle for less? 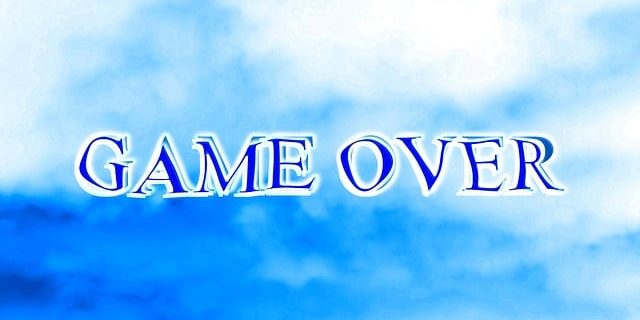 How are you on this Tuesday evening?

You know, it’s time to tackle this subject. If you’re reading this, and are guilty of playing games in your workplace, playing a game when it comes to sharing your child with their biological father or mother then it’s time to face yourself and the truth.

Are you skirting around in so many areas of your life that you have put into compartments?

This question is something you really need to ask yourself and ask yourself where do you do it the most? Come on people you must know that making up one lie to cover up another and then losing track of all the lies you’ve manufactured makes you look cheap.

Whether it’s manipulation or lies they’re not helping you. You’re not living your life from a very powerful place. Let’s put this into full context so that you can see what I mean.

A new person has joined the company and they’ve been hired to work alongside you. You have been in your role for about three months. Both you and the new person works at the client’s office. The new person is very diligent in their role and doesn’t play around. They say it like it is. You’re both meant to drive the business forward, but the new person keeps finding themselves on a different page with you. They’re missing important meetings, they don’t have all the information that the head office has sent, the new person can’t perform their job properly and they work on commission. It turns out that you withheld all the information for them to perform their duty, including the details for the meetings and after you’ve made them look stupid for months into their role you’re upset and so tired of everything, throwing tantrums and now you even want to leave the job. Why? Because everyone found out the truth.

Where did you spend your energy, and how much energy have you spent on creating problems for the new person when less energy could have gone into getting the job done and bringing in some smashing results as a team? The game makes it entirely about you, the game shows how much you still got to work on yourself. – T. Dench Patel, 21 January 2020, 16:54

Example 2 – Sharing your child with their biological father or mother

Can you relate to this…?

It’s your turn to see your daughter/son, you’re set. You’ve completed your job on time, you’ve even managed to complete the work by doing overtime during the other days so that today you get to spend more time with your child. You’ve bought tickets for you both to do something really exciting. You’re very excited to spend time with them today and want to see his/her expression when you show them the tickets. Your child’s mum/dad knows that today it’s your turn to be with him/her. You get to their residence and hoot outside the house because your child’s mother/father doesn’t want you to enter their property. You keep waiting, you’ve already told his mother/father that you’re coming at that time, you wait a little longer. “Now what, we’re not back to this again. Games like these stopped for a while, this must be some mistake. I’ll wait a little longer maybe they got caught up somewhere.” You end up waiting for one hour but there’s still time. You take a drive around for say twenty minutes and then go back to see if your child is home. You’ve already driven from quite far to come and be with your child. You reach the residence and see their mother’s/father’s car and hoot like crazy, but your child doesn’t come out. You go back and forth to court to tell them that your child’s mother/father is letting you see them.

Perhaps as a father, you’re spending so much on lawyers while the law is built to give mothers more rights and your child is still not the age where he gets to legally choose who he wants to live with.

Life happens and it turns out that that child is resentful to his mother/father for not letting him be with his father/mother.

So, whether you’re playing the new staff member or any other person as if you’re playing the world championships knowing fully that you are completely in the wrong, karma does return in a very interesting way to disqualify you. – T. Dench Patel, 21 January 2020, 17:26

You know this right? You know that, even if it was once, you’ve been played or played someone, let’s stop this circle. It takes more energy to skirt around and play games and less energy to face it and get it done. – T. Dench Patel, 21 January 2020, 17:35

This is a fact. I have tested this throughout my life. I have brought great results to so many companies and to my personal life by this work ethic.

To finalise, take a look at this video, please take at least forty-five minutes to watch it. This is Oprah’s interview with seven men who cheated on their wives ranging from just that one affair to more than dozens. The part that really caught my attention was the wife who was a private detective. She eventually got paranoid and obsessed at tracking her husband down even after she caught him. She admits that playing the detective on her husband was tiring and her husband admits that it got exhausting playing the game on his wife.

Here is the video