Do you know when to stand back? If not, are you the helper or the enabler? 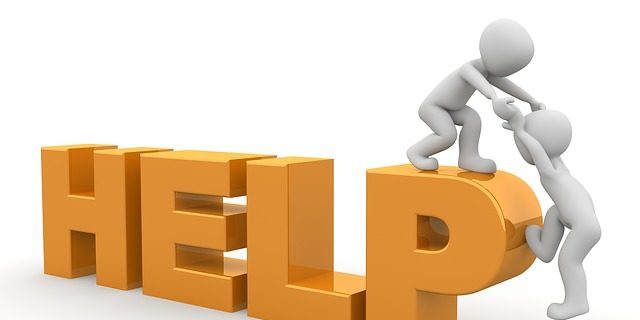 I was watching over my nephew while he was doing his homework. The poor boy had three people watching over him. Of course, what happens as you watch over someone you really want the best for? You start teaching. What a mess it was that day. My nephew was scattered. Three people who do things in three different ways must have been really confusing… It wasn’t helpful when I spotted an error in the school’s textbook either.

He had three people telling him off, three people telling him three different opinions that I also wondered how other parents must be helping their kids and those kids who get top marks. I’ve seen this even when I was at school. I often said, “Wow! He/she is so intelligent. I wouldn’t have thought about that.” I mean I wondered for a long time how come someone my age would think of such a genius idea and not me. I eventually found out that most of those kids got top marks because their parents were helping them. What did I find out about those kids’ parents later in life? They were well educated, recognised in the community and had pretty good jobs.

I have decided to watch and observe. Kids also have their own problems for their age i.e. the weekend coming to an end, worried to go to school the next day because they’re not confident about passing an exam, worried what they’re going to tell the kid whose book they’ve mistakenly picked up when the bell went off, getting picked on by a teacher or the bully. They also need their space, and when it comes to homework, and they want out of that as quickly as they possibly can unless they are motivated by the credit and popularity they get at school.

What I’ve learnt from the two days of watching over my nephew while he was doing his homework was as follows:

Standing back when it comes to your own life and others

We often force children to eat, to do their homework, when to stop playing on the iPad, when it’s time to sleep… it’s pretty annoying. Remember your own childhood. How many times it’s, “No, because…, No, you can’t…, No, that was very wrong son… etc.” Children are spontaneous and not robots.

Even animals tell you that they need their space. For example, my dog does this by pulling his face and showing his teeth when he’s irritated or when he needs his space, he even does that when it’s time to go for a walk, but he smells the meat on the braai stand knowing someone there is going to give him something. Which means I have to wait till that moment he wants to live in is over to say, “Come let’s go for a walk now. By the way, he behaves, I know he is ready.”

The reason why I wrote this article is mainly because women feel like they need to be carers; part of their role in being mothers and wives. Some women want to be of help almost all the time; they don’t know when to stand back and when it’s causing harm. You see so many women end up in domestic abuse because of their giving nature and also from the way they were groomed, or their mums were groomed or raised. If you don’t know when to stand back, you become the enabler. That is, you’re doing something allowing the abuser/advantage taker to keep continuing in their pattern because you just won’t let it be and let them just do it themselves. They will keep expecting you to do it because you have set the tone or standard that way, then to say, “No” is where there seems to be an argument or where the abuser/advantage taker feels like they’ve lost their control over you. You’ve groomed them to feel the control over your service (in your head you’ve made the story up as offering help) over time.

In codependent families you’ll find one or more enablers, the enabler in those families often find themselves later in life with an abusive partner, enablers create narcissists etc. The enabling behaviour comes from love and from the real intention to help. The enabler removes the responsibility one should have over their own life.

See I found this article which can be relevant to everyone after reading that “Since one out of 13 American adults struggled with addiction in 2016, according to the National Survey on Drug Use and Health, there are millions of families across the United States impacted by the disease.”

Have a read below.

This article is also pretty good with regards to children.

Learning how to stand back, when to stand back helps you be assertive. Being assertive along with using your intuition helps you with NOT being a liability to yourself and others. You have to leave people who start something to clean up after themselves WITHOUT involving yourself otherwise they won’t learn and when they do they have to catch up with themselves and their past, which often isn’t easy or pretty. You can’t clean up everyone’s mess, or you will end up drowning in theirs and yours – 19:12, 2 August 2019 – T. Dench Patel

Take a look at this book.

This is a pretty good article too.

Lastly, this article is pretty good too.