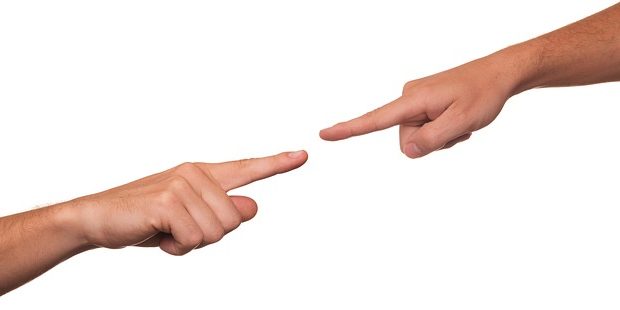 When I was living in Spain, this was something that caught my attention. In 2009 the economic crisis hit so many people, and for me, it was the first time to see how this has affected people in first world countries; the very first time. Sure, it has affected me too, but I already came from a country where I long realised that the government was not going to do anything for the Indian community or me. Currently, South Africa is a country where racism is just too apparent, still on an all-time high and the unemployment for mainly South African whites, coloureds and Indians. It is higher than it was during apartheid. In fact, this is an article that just came out 9 hours ago with the article title being, South Africa’s unemployment rate hits its worst level for a decade. Half a million now unemployed and a lot of people lost work in the last three months. https://www.thesouthafrican.com/news/unemployment-rate-south-africa-july-2019/

The youth still don’t have jobs just like me back then, 21 years ago. They face the same story I faced back then. So, when I saw Spanish citizens blaming the foreigners for taking their jobs, blaming the government, began having marches while many moved back in with their parents, the complaining was already something I was familiar with. See in South Africa then, and I see now that a lot of people have given up on politicians and their word. I knew that I was not going to see change straight away, but it’s sad that even now, 6.7 million are still unemployed (those who are on the records that is).

You have to be your own hero or start working on that, and that is where the magic begins…

Blaming someone or something is a waste of energy. The minute I accepted that, realised I am going to have to do something myself, I am just going to have to take what comes and roll with it, is when everything went forward for me 21 years ago and even till this day. I took one step at a time, and you know what? Life gives those who try only what they can handle. I stuck with this saying, “God helps those who help themselves.” No matter what was happening this sentence helped me take control of what was in my own hands. The truth is I was lucky that I even held one percent of that in the most trying times. One percent can multiply to 100 percent, my friends.

I saw how blame in Spain created disruption. Okay, so most of you don’t speak Spanish, but I will just put this article here. This article was printed on the 18 June 2016 and translates to half of the suicides in Spain is because of the economic crisis. In this article back then it states that there are 11 suicides a day.  https://www.telesurtv.net/news/La-mitad-de-suicidios-en-Espana-se-atribuyen-a-la-crisis-economica-20160618-0009.html

Unfortunately, on the 11th August 2018, there is a title that states suicide is still an issue as there is an increase in suicides in Spain. What I’ve noticed was that most Spanish people could not handle the adversity, it was full-on, and it was heavy. They’ve never had to deal with such a quick turnaround from a wealthy Spain; lots of jobs, tourism, people buying houses to British Expats returning back to Britain, high unemployment rate and corruption etc. The problem now is that there will be a huge number of British Expats returning from Spain to the United Kingdom because of Brexit. https://www.internationalinvestment.net/internationalinvestment/news/3506011/growing-british-expats-consider-quitting-spain

Effects of the blame game and the way it manifests

Of course, where there is really someone to blame for something, then that person must take responsibility, which makes the blame rational.

The truth is when you automatically look for someone to blame for everything that goes wrong in your life. Let’s say, for example, you really wanted to keep something in your life but you lost it. You won’t accept that “it’s you who really did f**k up,” or “the other person was going to make that choice one way or another because of the direction they’re expecting their life to sail in.” Let me also leave you with another way to look at this. Things my dear friends, happen for a reason, a reason your irrational mind won’t see right at the time or during that phase of your life. One day, you too will say, “Boy, I’m glad that it happened the way it did.”

In the blame game, no one wins

The biggest issue that comes up with people that play the blame game is that they need to control. This is why you keep knocking into roadblocks. The minute you understand that very little is actually in your control, and that all you have control of is how far you can keep it together once the best attempt has been made let what is trying to enter your life enter. The only way it can enter is by letting it spin out of control. So when you gave things your best shot accept it, accept you’ve given your best at it and leave the rest to the universal law.

The workplace is a perfect example of living in a culture of blame. People’s behaviour is controlled; they are more cautious and conserve, while the ones who work with authenticity are blamed the most.

Take a look at this article about how companies benefit from the blame game. Look at the heading “we live in a culture of blame.”

Take ownership of what you’re really responsible for.