Don’t use the word bitch on any person even if you’re a woman, and don’t call yourself that 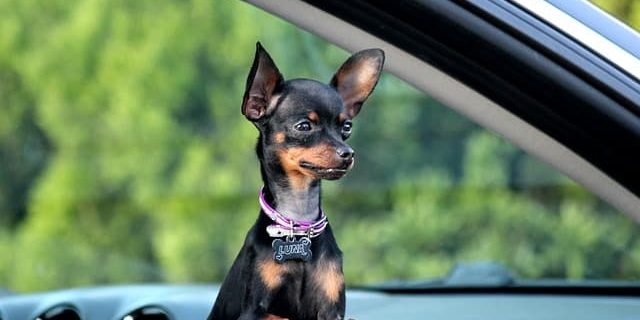 How are you today?

Now, I don’t think young women will agree with the title of this article.

Come, let’s talk. Get yourself a drink? Breathe in and out a couple of times to get rid of all the negative energy that you might have caught during the day (especially if you’re working with people) or let out a huge sigh of relief even if you’re using some “you time” to read this article. I’m presuming it’s the end a long day or a long week for you.

Take your time and just unwind.

I’ll wait for you…

Don’t use the word bitch even though you’re reading some books and listening to people who are turning the word around as a good thing in modern times. Sure, read the books and listen to people by grabbing their concepts, you don’t need to store that word in your brain. I don’t think any woman or gay man deserve to be called that, let me rephrase. I don’t think anyone should be called that word.

When I think about my young days, I might have used the word but in my twenties, for some reason, I never used it a lot. Yes, we sure would joke about the word and how it’s said in French, Spanish or Italian but even then, I never particularly grew close to it or used it on someone. I must admit, that if I met a pretty challenging woman I’d use that word on her in my own spare time in some private place especially if I felt like I needed to scream or something. I never really called a man that ever… just thinking back… nope, not ever.

Also, when it came to that word, I never used it lightly.

Why? Maybe because once upon a time…

I felt that in a few jobs people thought that of me behind my back, especially in a competitive environment; sales. There was a time when I had to walk in that job heartless. When I say heartless, I mean I was at such a low point that I realised that no one was coming to save me so when I got the job, I went for it. The person who was in the sales team the longest didn’t explain the rules of the game. I saw everyone was playing it, so I played it. Of course, not a lot of people enjoyed the fact that I was taking away all the titles like some heavyweight champion, and in some way, no one saw the part where I was sharing it with some of the less fortunate at times. I just believe when you do good for people there’s no need to announce it.

What I’ve learnt from becoming the very word that was thrown at me years ago (I didn’t need to be told), I felt the hostility, I mean the best part was that if you call someone that word in another language which is not their native language, it’s absolutely meaningless. There were some days I really felt its pain though, but I suffered in silence.

Let me give you some pearls of wisdom from once upon a time when I was being called that word I was pretending to live up to so that if you ever meet a person that you want to use this word on you will meet them with non-judgement and you might even change your mind from calling them that.

Ya, I know silly, but in some corporate jobs especially in the past, vulnerability got you in trouble. So you have to understand that the relationship with her jobs has been of a similar nature as the points I mention above.

I would love to relate to the lgbtq audience on the above points but I am less knowledgeable about that.

The reason why I mention the points up there is that these very smart women watch carefully people’s true colours through a different lens. They’re not stupid, they can see who is genuine. Back in the day, I helped the weak and wounded (even men) in the office, the struggling older women or the ones I could see that others were about to judge or bully. Insults never reached my heart, I never let it. That is why I think that word in the title of this article should be changed to leader.

Okay, I agree with you that some women are just …. grrrrr, but still maybe kindness is needed, it’s a very harsh word.

The word “bitch” actually damages a person. We who use it, we all are responsible for the damage, because it’s like putting a mask over a leader with the real intent of keeping them low. T. Dench Patel, 13 December 2019, 17:48

The word later down the line manifests as shame in women. To feel shame is a really low vibration, and to come out of shame takes a lot of healing.

You know the women or the men whom people use this word to know a lot about human nature, especially those who live up to the word. They’re actually very soft on the inside. The thing is they never get to make a lot of friends because of the misunderstandings passed around of who they seem to be than who they really are. Some people have built an identity around the word that the minute they try and leave it they’re afraid they could get hurt. Sometimes all it takes is kindness from people surrounding them to be able to slowly show them that it’s okay, and that they’re in a safe space (they better mean that).

Another reason why I don’t like the word is that the word bitch or bastard is because they are words of negative self-affirmation or negative when using them on others, especially when I believe in spirituality or even law of attraction.

So, to end I have this concept. Sorry about the language but it’s purely being used for the sake of analysis and theory. I won’t use it otherwise.

This was my theory back then and still is today (but I don’t say it loud these days). I really don’t like the slang and I would substitute the words if there were better ones, but there are none or if there are some, I don’t know of them. Please don’t judge me for the statement. Some statements are better explained by the word, and please, I am not referring to the literal sense here, by using this statement I want to show you the figurative concept and how some really bad people contribute to someone’s change of behaviour after they’ve been so nice to them. No one is perfect and sometimes people don’t know any better.

Why I say what I say, is purely because somewhere along the line our first experiences somewhere have scarred us; a man or a woman, boy or girl which then spiralled into a pattern which then goes overboard in some cases. This is my theory from observation over many years and through experience.

This article itself and the words “bitch and bastard” has never been used by me a lot that I have to remember when last did it ever come out in written or verbal form from my hands and mouth.

Alright, it’s time to wash my hands and mouth after this article.

Hoped you’ve grasped what I tried explaining. If you have any questions drop me a line. Pardon my language too 🙂

Have a pleasant rest of the day or evening.