Half of youth suicides is because of bullying. One out of ten kids/adolescents tell someone else about bullying 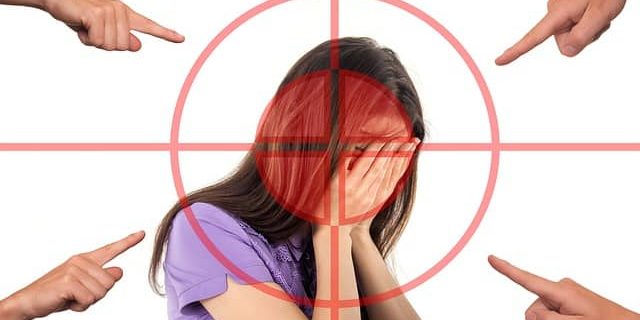 No, really, how are you?

Okay, so here I am with another reason why I wanted to write about this topic today.

In fact, it’s on Kindle and in other countries too.

All proceeds from Light goes to Krupa International Projects. Have a read and do leave your honest review about it.

After project Light, I thought I could take a break, but you know what? No, not really. I feel as if I need to do more about bullying and was looking into my topic around bullying to speak publicly now after finding out that 600 000 students a day in the United States of America avoid school because of bullying.

Girls think about and attempt suicide about twice as often as boys. Here is the full study. https://kidshealth.org/en/parents/suicide.html

According to Yale University, 9% of bullied victims are likely to consider suicide.

In South Africa every 40 seconds, there is a suicide and an attempt every 3 seconds.

One in two kiwi kids is bullied at school in New Zealand. Cyberbullying costs New Zealand $444 million a year according to Netsafe.

Here is a list of some young lives that come to mind because of bullying around the world:

More about the suicide of the Pretoria student

If you are a parent reading this article or you have somehow come to access this article then my words to you and your child is as follows:

There is something about her/him (you, if you are being bullied), there is something really special about her/him (you if you are being bullied). Bullying starts with envy and jealousy. Find him/her help and ensure they are off social media for a long, long time (years) and as far as possible from the bullies no matter what it takes. It’s literally the question of your child’s/your life. Do not take it lightly and do not assume that they are not capable of taking their own life.

The bullies are going to work as hard as possible to eat her/his self-worth,  self-esteem, power, strength and erode their defences (your defences, self-worth, self-esteem, power and strength if you are the victim). Unfortunately, school life is ruthless because of these people. Do not give up your life. Okay, it doesn’t look so good now but believe me who you are meant to be, is going to be really special. Just hang in there.

Always remember that your present situation is not your final destination. The best is yet to come. – Unknown

DON’T GIVE UP ON YOURSELF because the bully hasn’t dealt with his/her issues. They too are in pain they’ve just forgotten about it. 4 October 2019, 16:57 – T. Dench Patel

Know one thing though, the bully was also bullied, the harder they are at you, the more pain they are in.

You (if you are being bullied) or if you are a parent of the child being bullied you have to consider the fact that you are dealing with a bunch of future narcissists unless they become their own pattern interrupters. Narcissists don’t leave their victims alone and stalk them for years like in the case of Amanda Todd, Cassidy Trevan and maybe even Megan Meier.

The bully that goes as far as to drive the victim towards suicide has basically made the victim feel that they are stripped off all love and support from the whole world. Bullying ensures that the nasty words and harm done to your kids (or if you are the one being bullied) becomes yours or your kids’ FALSE TRUTH which they/you convert into the TRUTH. By attacking you/getting to you everywhere you go, i.e. cyberbullying, school, through your friends, and even to some extent in your neighbourhood. It makes the victim so paranoid, stressed, and uneasy that it manifests further into anxiety, panic attacks and depression. Lastly, it could take just one more act to make the victim feel completely isolated, alone, unloved (because it basically drains a whole family out and themselves) which then makes them feel like the world has given up on them only to latter give up on themselves.

PLEASE ENSURE THAT THIS IS NOT YOU. BULLYING IS A SET OF GAMES BOTH MIND GAMES, AND LITERALLY, GAMES MADE TO SET YOU UP. DON’T FALL INTO IT AND DON’T FALL FOR IT.

Jealousy can lead to serious bullying

Check this video out

Check this video out

By Tina Meier (mother of the victim Megan Meier)