How do we know what to teach kids today if we don’t know what jobs will exist tomorrow? 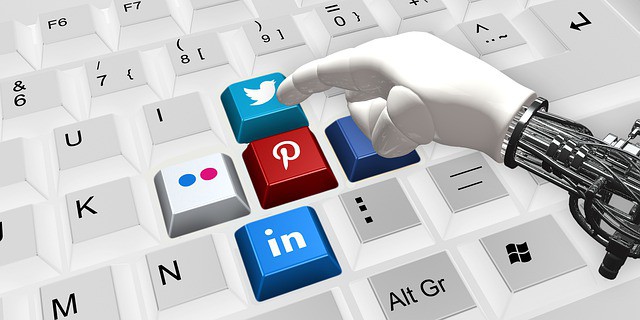 Hope you are having a lovely weekend and had a good week.

If you’ve got kids, then I think this article might be of great interest to you. If you don’t have kids and are just concerned about some things in the world then keep reading.

You know this topic came up this weekend, and I thought it’s true, how do we know what to teach kids today if we don’t know what jobs will exist tomorrow?

Okay so, forty years ago you could say that what people studied in school was relevant to the future, but even then, there was a bit of a glitch. The glitch was that the most well off would likely succeed, i.e. because the lack of resources wasn’t a challenge. It wasn’t difficult to access the latest news and even education if you did have the brains.

Technical inventions were moving forward but not as quick as things are moving now. The thing is that when you’re six years old, and you’re being asked, “What do you want to become when you’re older?” is a lot of pressure over time for a child. The thing is, you have to go through ten school years (if you don’t fail) and possibly a couple more years in university. A lot can change in ten to sixteen years. Who knows by then if the job is overrated or if that job market will be saturated?

What now, it’s not enough to just show up in life. The competition is sturdy.

According to this BBC investigation

However, don’t get discouraged because the investigation states that this trail went cold for the supposed research where these statistics were found.

Now let me look into my truth. I was working long before I was twenty-one years of age. I did some part-time work from the time I was thirteen years old. In 1992, it was a real job even to be a part-time student working as a saleslady, behind a till and standing on the “floor” helping customers; carrying their baskets and working for a couple of rands of commission here and there. Doing this as a full-time job at the age of eighteen seemed like a decent profession, pretty much accepted everywhere.

Were we expecting that sales was going to evolve into international sales; selling technology or anything else by phone where your calls are going to be recorded in 1992? Nope.

Were cheque readers and scanners going to be a 21st-century invention? No one knew in 1992, but the people/companies who were aiming to make technological advancements.

Think about it, there was no technology in 1992 that allowed someone to help you book a ticket from the other side of the world through your computer, and what about online meetings? Who thought we’d be using technology to have skype calls, use team viewer, oh and using salesforce to run reports and monitor sales.

Working as a salesman/saleswoman in 1992 had fewer requirements even to some extent today that’s if you’re working as a cashier in any shop but to advance to a bigger and better paycheck you’d need to have some more computer and software skills.

Remember the time there were billboards everywhere? Let’s go down to memory lane and if you’re young and reading this, let me paint the picture of memory lane for you. 😊

Once upon a time, when there was hardly any technology, we relied on newspapers to be delivered to us to find a job, to find deals to do our shopping, to have more personal connections, to look at adverts in magazines and in the paper. We relied on television too for shopping ads.

We relied on signs, yes. People used public transport or their cars to travel to work. There were huge billboards with advertisements of cigarette and alcohol companies and the companies who had money were in the most prominent places, especially coca-cola. Today, no one looks anywhere, but on their phones, while they’re working, walking and even while hanging around with friends and family.

Who knew that the roles; Social media Manager, Business Development Manager, Custom Organ Implant Designer or even Nanotechnologist were going to exist in the 21st century?

The truth is that artificial intelligence and automation don’t have human empathy and requires a human to operate some aspect of it. Technological advances in the healthcare sector have made a massive change in terms of accuracy.

Of course, with new advancements, there are new problem-solving skills required. If anything, today’s kids are already born with the internet and naturally know how to use apps. The tech sector seems to be a sure place where jobs will always be available. The question that remains is what skills would people need to have to carry out their roles if technology is creating new jobs for people who still don’t have those skills?

Leave a comment. It would be great to get your opinion.