I want to reveal something that you rule out every day. When you find out, you will do things differently 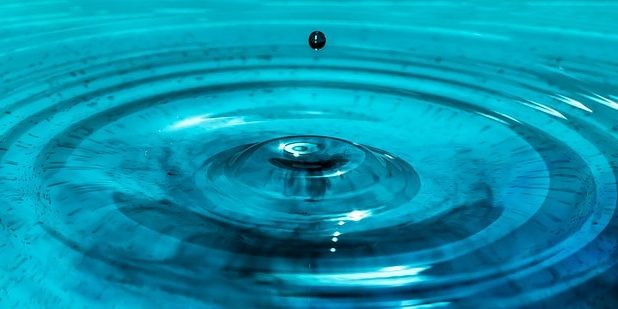 Hope you have had a good weekend, bless you if it’s been hard. Hard times don’t last forever.

These are not just words coming from a writer that can write things effortlessly. I can write effortlessly because I resonate with a lot of things through the unique life experience I had and still have. If you’re here for the first time on my website reading this article then I invite you to read my other articles, and my books The South African: True Colours (2018), The South African: Roamer (2019) and my first children’s book Light, which will be released soon.

I want to reveal something that I am experiencing for the first time. Personally, I had no idea that my actions, words and thoughts could move the world this much. It’s the first time I’m becoming aware of something on this level. Do not underestimate what you can bring to this world. When you put your head down and just follow your soul mission, even though you can’t see things happening in the background that doesn’t mean that nothing is happening. You have committed to your soul mission, and when you have that perspective, you only find out how you’ve moved mountains when the universe/god sends a reflection back to you about what you’ve been putting out there. It will be so aligned to what you’ve done and are doing that you just can’t believe it.

See, in life, you cannot note down such miracles, such divine interventions, timing in the space of minutes and seconds, by the next day you forget the smallest detail.

It’s essential to reset how you think (if right now your ways of thinking aren’t bringing you good experiences), it starts with thoughts, your thoughts become your words, and eventually, it will end up getting you to take action on it. Set the highest positive vibrations (thoughts, words and actions) you possibly can because this is where true happiness really lies. Remember, happiness brings success, and not success brings happiness.

What do I mean by this?

Alright, let me demonstrate something to you so you can see what I mean.

Recently, I took my marketing campaign to social media for my book; the South African: Roamer. This campaign ran for roughly a month and just when it ended, I started to notice other events in South Africa taking place. Approximately 15 000 people with roughly 46 shares across USA, Canada, India, United Kingdom, Australia and South Africa had viewed this ad. Yes, it’s not a very high number, it was just a one month campaign, but just keep reading on.

Now take a look at the campaign, especially the message. I don’t believe in coincidences.

The above campaign was put on social media which ended on the 3rd of September 2019. Now watch what happened after I put out the above message.

There were a lot more articles too, but I chose the one that hit it on the nail. The one I thought about a lot over the years.

What happened after this article was incredible. I don’t watch a lot of TV, and don’t listen to the radio a lot. I happened to be washing the dishes and the radio happened to be on. On the radio, there was a talk about this too. When I casually walk past the TV, there were talks and awareness on a channel that South Africans watch about gender-based violence. Say for the last two months this was coming up a lot.

Furthermore, I put rolled out a campaign which ran for a couple of months during this year and last year. Here is the ad for that campaign. Say over one million people across all social media channels over one year has seen the messages on this ad.

With the above ad, I have seen several topics being raised on the news and on the radio.

After I posted this article on the 15th of September 2019.

This article came out on the news on the 19th of September 2019.

After I posted that article on the 15th of September 2019, again while I was washing dishes a couple of days after a talk show host on the radio began to talk about the violence in South Africa, and how children have become accustomed to living with violence and hearing stories of violence. This is the nature of South African life. One caller said that perhaps we need to look at alternative ways of handling things, maybe spiritually. People in South Africa never deal with their problems internally which then manifests in all other ways.

This spiritual healing, as an alternative way, is what I present in my articles on my website.

Now I don’t know how to explain this to you. Ever since I began to follow the direction fully towards my purpose as a writer, things started to happen, unexplainable and like honestly, I don’t how to tell you. All the quotes I wrote and write, articles, ads I put out, messages through my books and even my videos.

All I can tell you is there were signs everywhere, conversations that turned up in front of me, and those who I follow on social media were also posting messages about the same topics as I was. The people that showed up and presented themselves to me via speaking events, through my further learning process, positive changes happening within my family and surroundings to move the wheel for my purpose moving forward started to lay down like the floor beneath me (I love the tiling by the way); with one step the next step just came to me on its own.

I am also a woman who fights against patriarchy every single day, and so it was good to see this article which was posted on the 4th of August 2019.

I mean, I continue giving you more and more examples that will seriously take me a year to dig out, because I have put myself out there for just about a year. The articles I’ve written over the last year showed me changes that took place in other countries too.

So, let me give you one last one.

This ad below had about 21 500 views with roughly 64 shares across India, Pakistan, Australia, Canada, United Kingdom and South Africa over one month. This campaign ended on the 3rd of September 2019.

This is what happened after.

So back to the title of this article, I want to reveal something that you rule out every day. When you find out you will do things differently.

This is my message. You are the one underestimating your own power. You know that little voice inside you telling you to risk it and follow your true calling might just be the one push needed for a mass of people who have been pushing on change within themselves, family, friends, community and environment.

That message to create the final push might even come from you through however and whichever way you want to make a difference This difference doesn’t have to be big scale. Perhaps you want to be the number one producer of a specific type of bread that provides some health benefits to people, just take the step and go for it. You have no idea who you will meet, what you will do to make it happen or which fantastic place you can find yourself in doing that which you really love while serving others.

I am T. Dench Patel, serving you today the best way I know how.