Mental Health – South Africa’s culture of violence is the cause of the increasing number of suicides. Violence in South Africa equals with those of war zones according to SAFMH 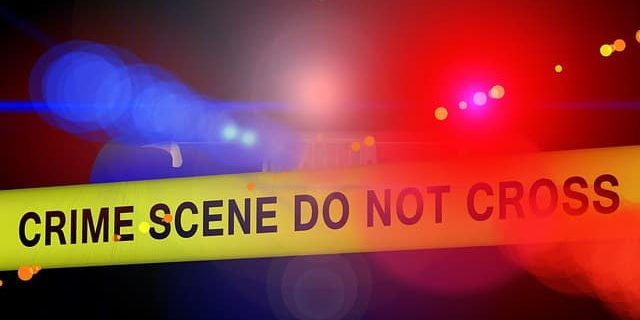 How are you today? Hope you are doing great and finding as many positive reasons daily to keep your spirits up. Keep it up; you gain nothing from telling yourself negative things.

Yesterday, I was told about how some men went to a Sangoma (witch doctor) in South Africa to get confidence to rob a place. The police found out about the robbery and came to the address to warn the family that their home was going to be robbed, but because this is South Africa, they cannot watch the house. The family tried as much as possible to be vigilant and still got robbed.

The men forced their way into a home, there were guns everywhere, and the kids got tied up. It’s three years now, the child who was tied up (now a teenager) lives in fear even in her own home, even after going to a psychologist there are still many deep-rooted issues around fear, anxiety, and the fear of darkness.

The underworld of South Africa is one that I’ve never seen anything like after I have travelled around the world, and only once, was I told that Nicaragua and a few other places in South America also sort the help of witch doctors.

You know, even being born as a South African I still can’t get my head around this. The title of the article is what really matters to me, so I researched and got studies and statistics. Take a look at this article https://www.iol.co.za/on-hold/criminals-muti-sangomas-and-cops-15053529

Criminals seek blessings from traditional healers and even sort their help in the planning, and Sangomas have a huge influence on criminals.

Take a look at this study

The research uncovered that high exposure to violence was associated with high levels of emotional disorders in adolescents because of the lack of intervention or services that are lacking to support adolescents. This increases the risk of PTSD (Post-traumatic and stress disorder).

The study on the link above also makes comparison through the research on how violence affects adolescents in North America and South Africa.

While I was at a book fair in the Johannesburg area last month, a mother came to talk to me. She was interested in my book, Light, which is supporting anti-bullying. She asked her kids to go and play for a little while as she wanted to discuss something that happened in the school her kids went to. A 12-year-old girl committed suicide in a private school, and none of the kids knows why.

Suicide is the fastest-growing cause of death in the age group of 15-24 in South Africa and children as young as seven years old commit suicide. According to the South African Depression and Anxiety Group (SADAG) says 90% of adolescents who die by suicide have an underlying mental illness. Take a look at this article http://www.sadag.org/index.php?option=com_content&view=article&id=816:curbing-teen-suicide-in-south-africa&catid=94&Itemid=132

Worldwide the World Health Organisation says that depression is the most common mental health disorder in the world; 350 million people suffer from the condition.

The underlying problem that all third world countries face

In third world countries, there is so much poverty, violence, crime, rape etc. I mean South Africa is the number 1 rape capital in the world. Rape is the 4th common crime against women in India. People are trying to survive, and if they are trying to survive and keep their physical body safe from harm then can you imagine where will they even find the funding to take care of their emotional state?

To be able to treat your emotional state in any third world country makes you a fortunate individual because most people are still struggling to pay hospital bills.

The murder rate in South Africa and comparison to war zones

Take a look at this article https://businesstech.co.za/news/lifestyle/271997/heres-how-south-africas-crime-rate-compares-to-actual-warzones/

There is a shortage of psychologists in South Africa

When I look at the number of challenges that South Africans face. I find that when a South African is faced with one challenge, money is the number one issue for them to be able to work on the full process to heal. How can you heal if firstly jobs with decent pay are not given to Indians, Coloureds and Whites? If you can’t provide the country’s citizens equally, how can you get the best-educated people working on the rest of the process that South African citizens need after they’re met with a challenge? People can’t even afford the ridiculous medical costs, then to pay for the continual treatment be it psychological or physical treatment. Affirmative action is going on forever that the most educated people have left the country or are slowly packing up to go.

It should not have become a race issue in the first place. After being away from South Africa for eighteen years, I am now hearing from the very South African citizens who the government favours through affirmative action telling me that they still don’t have freedom. They don’t feel safe to walk in the streets.

How can you be free by thinking affirmative action will give you freedom if the political system is around race? Ultimately rich and poor should have been the first thing that should have been looked at after apartheid to be able to make the country’s progress quicker. That way, we would have had a prosperous South Africa where the most educated people would have stayed and kept this country up.

There is funding required in so many areas that people are living with all sorts of emotional states without treatment or being diagnosed because it’s a way of life in South Africa. People are just living with the mindset that, “If we have the medical costs for physical illnesses to stay alive that’s better than what most people have or can afford.” What I am seeing is that emotion/mental wellbeing is the last thing South Africans have money for or time for because they’re too busy holding onto the jobs because affirmative action policies can have them replaced especially if they’re Indian, White or Coloured.