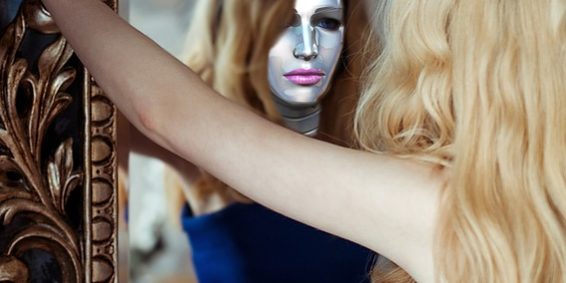 Today, Sunday 9th June 2019, there was a funeral of a child. This has hit home to a lot of parents with kids out there. The mother of the child went to a company who made boxes. She told the child to stay in the car for one minute and that she was going to be back shortly. She closed the door and then went into the place. The boy opened the car door and went out. The next thing you know he’s under a forklift.

A couple of years ago, a group of Hindu women got together to make a whole lot of poppadums. The children were out in the garden playing around. The younger children were amongst older children with the assumption that the young ones had someone older looking after them or at least had their eye on them. Of course, the women would check up on them now and again. A three-year-old child was found floating in the pool.

A young adult just got his license and still had peer pressure with his friends, for some reason, he felt the need to be cool when he already was cool. God knows why he was speeding until he and his girlfriend ended up in an accident. In the other car were a couple and their one-year-old baby. The one-year-old baby died.

Some of these cases reach national and international news, while others have been buried under tons of paperwork, especially when it comes to missing kids.

The number one reaction to self-blame, is that you start with, if only, if, I should, maybe I should, why did I, why didn’t I and all those questions making you analyse over and over again how you could have perhaps changed the course of what occurred. With self-blame it will be inevitable that you will be hard on yourself.

You’ve made an error of judgement, or you did something wrong. We are learning all the time, and whether the event was one that you can’t take things back or one that wasn’t something that you have to live with all your life, there’s a reason you’re faced with it. When something is taken away or never given to you no matter how much you’ve tried, ask yourself what this event is teaching you. Easy said than done, right?

I understand that right now; with a loss of a child, with an event that can’t be undone, that the consequences, pain and actions cannot be taken back. You’re at a tough place. No one can understand that place more than you. The criticism that you’re getting along with what has happened is causing you to take on more self-blame when you’ve already taken on the self-blame for the unfortunate event. The criticism of others makes you so hard on yourself. As if you have to pay the price and as if the price of the initial self-blame isn’t enough and that you have to take on more. You are just being too hard on yourself.

People can make you feel like your life should be the one that should have gone even when the one; call it God, the universe, whatever it was that left you alive. If you believe in destiny, then that was your destiny. Put yourself in the shoes of a drunk driver or a pilot when they actually come to terms with their mistake, the wrong judgement or their own worst enemy that’s now become a liability. There’s a reason why you are faced with this; there’s an important reason why this has happened to you, there’s something from this that you had to learn which you won’t see now but only years down the line. It’s got to do with who you are becoming.

I have met people that say that we live in a world where we look for meaning in everything. Okay, then what is the meaning to life if you don’t find a meaning to help you move forward and get you out of the rut. Is it a meaning that you need or a belief? Isn’t life more meaningful if there’s a meaning to what you’re doing? Believe it or not, the most profound things that happen in your life is the ones that makes the strongest side of you. The side of you where a particular belief holds more meaning to what you’re doing today or the impact you’re making, whether it’s around your immediate surroundings, national or on an international level.

So, we’ve had a discussion around this today with a family friend and his family who knows our family for years. It felt like what happened to that child whose funeral was today also struck them hard because they have a child of their own.

My take on this what’s yours? Leave me a comment. I would like to hear your opinion

I think about the things I’m doing. Even role models make mistakes. I ask that in life will I be loved no matter what and that I must find it in me to love others no matter what. Not the person who breaks boundaries and doesn’t care about your wellbeing. For those kinds of people have compassion and love yourself enough to let them go. I’m saying that people who are close to you and have been by your side can also disappoint you, and we’re all human. It’s frustrating when the people closest to you are taking so long to learn and get on a higher spiritual level, but that is their journey, not yours. Just don’t give up on them especially when you are aware that no one out there will care enough for you than the ones who helped you get up and have been there when you can call on them to be there without nothing in return.

Yes, we all feel afraid in unknown territory, adventures, ventures taking responsibility for our life and what we dream of but don’t want to face to get there. Responsibility is what makes people scared, and each time you take on more responsibility, the fear gets greater. Yes, we feel afraid that this might happen, that might happen, that happened to that one and this happened to this one and what If it happens to me. Fear isn’t real. From all the things you thought might happen to you, it’s the one thing you didn’t think of that happens to you. That which happened to you had your name on it because that was made for you to learn from. Just my opinion from what I learnt in life from seeing, observing and living my life as a traveller, experimenter and nomad. Just tell me how will you get anywhere if you don’t take a chance? Self-blame and criticism is the other side of the coin to something out of your control just like what if your company gets fined, what am I signing and it’s scary what the small print is saying. When you’re trying hard to keep everything in check when you’re starting out with a vision and slowly finding your feet, it’s scary, and it’s always going to be frightening the more risks you’re going to take. You’re not thinking of what’s going to go wrong. Those who live like this don’t live and don’t make mistakes then one day, BOOM! Something happens to you, a family member or your child. TO LIVE IN GRATITUDE AND TO LIVE COMPARING YOURSELF TO OTHERS ARE TWO DIFFERENT WAYS OF LIVING.

My take on this is that if it’s going to happen, it’s going to happen. You can’t live your life sitting and worrying about what might be. That ain’t living. If it’s self-blame you’re residing with, take a breath in knowing that that same question; I should have, what if, why did I is the thought that every person would have if they were in your shoes. This happened to you. You can’t live your life super careful, but you can turn this around and damn has this brought you so much of awareness from here on. Think about it and all the ways one could have died, got hurt or had that experience. There are millions of ways the same thing (the way it ended) could have happened, but for some reason, it happened this way. One day you will understand why.

Hope these links will help you further on this topic.