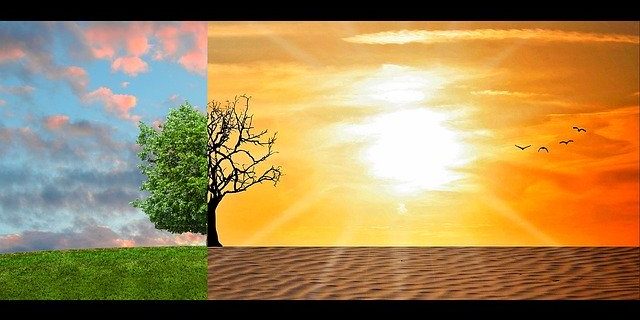 I hope you’re decluttering, cleansing and taking out all negative energies from your space to begin a great 2020.

So, saying that, I hope you are feeling positive, great and even though this time of the year there is a lot of stress for some people because of Christmas look at the things you can be grateful for. All it takes is seventeen seconds until you begin to multiply the energy to the negative thought by feeding it negatively.

This is the law of attraction advice by Abraham Hicks which I believe Oprah Winfrey uses in her life by controlling her thoughts.

Okay, let’s dive into this. Got a drink with you? I won’t be saying coffee anymore, because I just told someone a couple of minutes ago why coffee isn’t good. 😊 I’ll encourage you with green tea instead 😊.

Okay, I’ll wait for you while you make your green tea or a drink…

Back, now what’s all this about seventeen seconds? Over the last couple of months, I’ve been watching my thoughts intensely, I use the internet (if I’m on my laptop, or if I have my phone handy) to change the thought, especially if it’s negative. You know, I feel that willpower is one very special gift you can give yourself. Why? You need willpower to not fall into temptation, to control your thought patterns, to pull yourself out of negativity, to help you physically with your body through exercise, you need willpower in your spiritual, mental, emotional and physical states and willpower is going to help you a lot to pull yourself out of a negative state in less than seventeen seconds.

Why? Because it’s human nature to wallow in shit for some reason. Why get yourself out of it within seventeen seconds? Because it’s not going to serve you in any way and it’s just spreading the shit around especially if you’re with multiple people multiple numbers of times …

You know when I look at somethings in my past and how they’ve come to manifest I see that it was a thought that was there. Thoughts are like seeds, when they sprout, they can go in the desired positive direction or in the negative direction… depends which thought you’ve watered the most. So, going back to some things in your past can you see how some of your biggest fears have come true? My question after is, how much thought did you put into it and how often? Did you make an effort to change that thought pattern?

Now you might be saying, oof Dench Patel, this is impossible, again change impossible to I’m possible. That just there was a negative thought.

Firstly, consider yourself from now on as a doer (a doer of positive actions) and a thinker (of positive thoughts). Say you have this amazing idea, and now you’re finally ready to do it, your mind had made its mind up after a process. You’ve spent so much time researching, thinking about it, believe it’s going to work in this process where you were deciding if you’re going for it. Now you take action, you have a child to put to bed every evening, you’re a single mom. In the past, you have spent time thinking about your chores and what you have to do next by routine and complained how you will never be able to get a better life with this many responsibilities but now something’s changed. Your passion begins when baby is asleep and now you’re all fired up about getting to the next step… you’re now dreaming of the outcome, you’re thinking about it all the time, your mind has never been buzzing from one idea to the next on the next step you’re going to take, you’re all excited about it.

Now, you tell someone what you’re doing. It took you one second to say it with so much excitement. They don’t feel your excitement and you end up falling into their lack of self-belief for more than seventeen seconds from the moment you’ve announced what you’re doing. You enter into a discussion and they’re only pointing out the negative consequences of you following this dream, then you begin to spiral downwards and then from positive self-belief you spiral down to negative self-talk, doubt yourself and your abilities etc. You’ve given attention to all the negative sides of this story someone else has made up in their mind which by the way does not make them a bad person. The truth is that the person who you’ve told your dream to was not there through all the times you were thinking about it, researching and doing the work mentally until you’ve taken the decision to go for it.

Let’s rewind <<<<< Now before you say what you’re about to say to that person, can you predict the person’s behaviour with what you’re about to tell them because you know them really well? If so, change your mind within seventeen seconds because the fact that you feel good, passionate and driven after not feeling like this is years is a sign, it’s a very positive sign. By this point, many successful people have set their minds up mentally and automatically reach a certain mindset. They’ve subconsciously worked on themselves even if they don’t know it. They know you need to have guts to go for the dream and that there are no mistakes in the journey to reach your dream knowing very well the fear factor of what could go wrong and the consequences, that’s when the dreamer is no longer a dreamer. They go for it regardless of how it might turn out.

When you hold onto the thought for more than seventeen seconds, you’re multiplying it along with the energy that goes with that. Yes, you’re growing it.

So, my dear friends,

I hope this article has changed your life for the positive. It applies to all of you, even if you’re sitting in a hospital bed right now… the state is temporary because you can have your mind dancing in positivity the second you decide that.

Now to end, even if you are sitting in a hospital bed right now…

I have positive thoughts for you always, and I know you are going to be more than just okay.

Always in your corner…