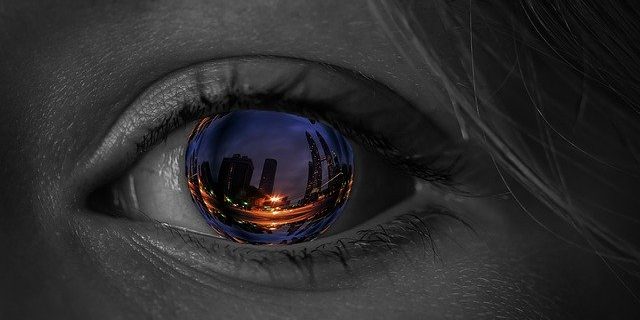 Hope your day is going well or went well?

Here we are again, and what a huge topic right?

It’s because of this topic that there are divorces, addicts and right now in my mind I can think of a zillion things people are tempted by which sometimes takes only one yes to ruin their whole life while in most cases it often starts small and escalates over time.

I wanted to talk to you about this topic because of one day, while I sat in a restaurant in London with an Indian couple who came from overseas for the first time we struck up a really interesting conversation about this and how they looked at life in a first-world country. It was really interesting to see them in such a sparked-up moment, hear their loud thoughts and see their energy. I don’t want to offend anyone with what’s going to be discussed today, because this is a reality in our world. While in the United Kingdom people live mixed (all races), in South Africa, there are still segregated areas left from the history of our past and I believe this “segregation” has also occurred in some parts of the United Kingdom, not due to politics though.

I’m not sure if this is part of the culture shock. There was a time when many South Africans decided to experience the United Kingdom on a working holiday visa. The first few Indians that were courageous enough took a shot and then a lot more followed. I remember being one of those first few. When I bumped into other South African Indians in the United Kingdom, I was surprised how many smoked (hiding), how many began to “enjoy” this first experience that came with a very fast life, good salaries and freedom from what they would live back home. Young days and young fun, I guess.

Let’s go back later down the line. Here we are, that evening in London where I just sit and absorb the experience this couple talk about and boy oh boy, I can also notice how this event stirred up a whole lot of insecurities in the woman. It was something I really wanted to understand because that whole weekend seemed very weird from what we initially planned. Insecurities that rise in a wife because her husband could be tempted, but not in the way the wife was actually thinking. It’s events like these that really test the strength of a couple and the individuals in that relationship.

This is what the man said while his wife went to the ladies, “I was walking in the street, I just see so many women dressed provocatively even when they’re dressed casually.” I paused for a second and thought, “Wow, it’s been years since I’ve actually met someone from a reserved town who has landed right in front of me expressing their opinion.” By this time, I have already lived in four other countries. Then we ordered something to eat and I ordered something healthy; something which may be one would see in a Hindu home, made in a different way. They were surprised I didn’t order chips, pizza, coca-cola, something “in fashion” or some other kind of fast food. They were also shocked that I didn’t drink alcohol. That’s when the topic of temptation came about.

When you live in a world where there are jobs, there is a salary that equates the cost of living and you can earn enough to have access to things, live comfortably, save, afford anything within a reasonable reach (I’m not referring to high maintenance things), live a decent life and still get to do what’s on your bucket list, then temptation is a dead word, it doesn’t even exist in your brain’s word bank. Europe is maybe was like this (before the major crisis in 2008), but at that time behavioural intelligence and emotional intelligence wasn’t as evolved as it is now with some (very few) individuals.

Another person who then came to visit me after from the same reserved town with heavy cultural influence said that both South Africa and the United Kingdom is hard to live in, one has third world challenges while the other is an urban jungle with first-world challenges, none are easy to live in. Okay, now focus, I’m about to tell you something that only a person who has lived these experiences have picked up on. As my time passed and the bucket list kept getting ticked off (even I didn’t know it) in the most unexpected ways where sometimes I wished I stayed long enough on that number on the list, life said, “Girl, move on.” You come to realise that whether you’re in South Africa, in the United Kingdom, or Europe, life is life, life goes on, the hardships are practically the same, believe it or not, maybe here in South Africa better salaries is what many homes need more while in the United Kingdom people still lose their family members through illnesses, addictions, bad debt, pressured jobs, etc. and lose their self when they get lost, maybe in South Africa, people get more third world challenges that come with low salaries and lack of employment while the wealthy have the same challenges as first-world countries.

I can’t help to wonder that South Africa’s main challenge is purely from low income, low standards and unemployment which causes the desperation and temptation for violence, rape, robberies etc. If only South Africans’ salaries would increase and the standard of all areas in their lives would increase, then only can they experience such a rich level of awareness. – T. Dench Patel, 14 January 2020, 18:06

What life in the first world countries has taught me was that life happens to everyone and that you have a choice in everything you do but choose emotional and behavioural intelligence especially if you have a high standard of awareness. There is always the next level of temptation and so enjoy the experience but don’t let the experience run you, your lifestyle and all you have worked hard for while some experiences you just don’t have to go to. Saying no to them is choosing you and your life. A life where you can possibly have everything you want demands morals, values, emotional intelligence, behavioural intelligence, knowing yourself really well. So, is it the girl who is dressing provocatively at fault for someone else’s temptations while she is still to learn the value of her worth or is it someone else who needs to better navigate their emotions that comes along with some really heightened and adventurous experiences? Everyone is on their own journey of self-realisation in one way or the other. Would you choose to stick to your boring plans with someone who went out of their way to show you London or would you fall for the temptations and drop most of your plans with someone who might be insignificant to you, but they did go out of their way to accommodate you for three days? There are unfortunately plenty of people who would say, yes, I would drop the boring plans (without knowing how significant that meeting with someone they’ve never met before could end up being).

Living in first world countries has taught me that a director, a foreigner, a Syrian refugee, a labourer, a waiter (the ones who are really aware) choose to be healthy even in a most tempting environment. I watched millionaires asking for soups, salads, Baba ghanoush, healthy meals and healthy options because there are some of us in the world that knows that whether you’re a millionaire or almost broke, life is what counts. There are only a percentage of people who can navigate their temptations because they know and have a heightened awareness and strength knowing what happens to most humans if they take specific roads that are toxic to the health, lifestyle, behaviours and life. These people understand that being grateful is what gives you blessings, knowing your limits, being human; with the suit and without the suit and the millions, there is just one life and you need to take care of it because it’s one life and we’re here to experience, grow, empower and learn. The good things are replaced with better but it’s in the hands of those who don’t abuse it.