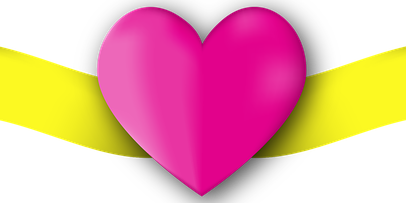 According to the World Health Organisation, a suicide in South Africa takes place every 40 minutes while every 3 seconds, there has been an attempt to commit suicide.

Take a look a this link http://www.sadag.org/index.php?option=com_content&view=article&id=1840&Itemid=153

South Africa is the 6th highest when it comes to suicides in the whole of Africa. So roughly 800 000 people commit suicide in a year in the world.

The tons of articles I have been reading are saying that depression and poverty are a major concern, but when I was growing up in South Africa, I saw depression been caused by poverty and with poverty comes a who lot of challenges not just depression.

The article above states word for word “Most of the time teen depression is a passing mood. Sadness, loneliness, grief and disappointments we all feel at times. They are normal reactions to life’s struggles. However, undiagnosed depression can lead to tragedy.”

The disappointments that South Africans face are far higher than a person living in a first world country compared to South Africa.

South Africa’s history has always been around race, and if South Africa is the 6th highest country in Africa in suicides, then I have to add poverty as an addition to the reason behind a lot of these deaths. During Apartheid and after Apartheid, rich and poor were never looked at as an actual cause to many people’s problems. Thinking about it, Britain’s history around social class was (not sure now) going strong right up to the year 2001, i.e. lower class, middle-class and upper class. I noticed the distinct division and how it separated people.

Do pick up my next book which will be released at the end of July beginning of August to get a clear picture.

Was something actually done to look at rich and poor? NO

South Africa’s history was and is still around race that affirmative action still continues to this day and where the White, Indian and Coloured race’s unemployment is higher than ever. Corruption didn’t help this country either.

Saying that when I looked at the whole list of 183 countries, I see an astounding number of third world countries in there.

I pulled the following statement word for word from this article https://africacheck.org/reports/teen-suicide-in-south-africa-getting-the-facts-right-helps-combat-the-problem/

“Bhana said schools can play an important role by finding help when they see a child is struggling. He called on parents and teachers to watch for changes in behaviour that could be caused by depression.”

While suicide in third world countries is linked to finance/poverty. I have also been reading articles around people living with aids who commit suicide in South Africa, which again confirms that finance/poverty is directly linked to the depression. The unemployment in South Africa is currently at 6.2 million; that’s what’s recorded, not those who haven’t registered themselves as unemployed.

If a poor person or a struggling family can’t have the right environment where it takes money to do things but at the same time money to help them get help with depression, then people are already doomed to begin with.

While I was travelling, I’ve discovered the high suicide rate in Switzerland and the Nordics.

The suicides of Cadiz

Then this was interesting. While travelling in Spain from the whole of Spain people said that Cadiz, a popular place in the South of Spain, had a high rate of suicide. People actually blamed the wind in Cadiz for people committing suicide.

Okay, this is just not any kind of wind. The wind is a special kind of wind that even affects human activity and also the migration of birds from Europe to Africa. The winds are very strong in two places; El Levante and El Poniente. The name Levante comes from the name of the wind itself which rises every morning (the East) where the sun rises, and Poniente is the name of the wind where the sun sets (the West).

The winds can become stronger in the region and the whole Peninsula because of where they are situated meteorologically. This is due to the “Venturi effect” which accelerates the Levante.