The catch 22 in South Africa and the 6.7 million and more who are unemployed 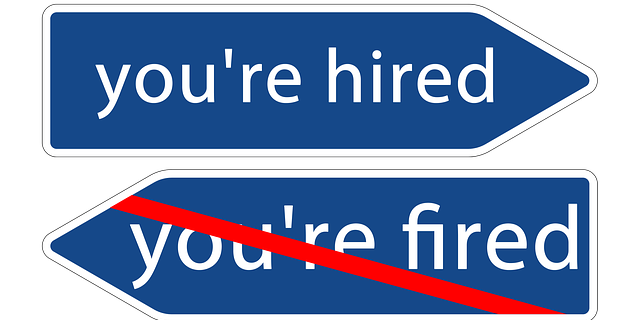 Here we are getting closer and closer to the end of the year. I used to like this time of the year a little but not so much in the United Kingdom where it already is dark at four in the afternoon, however; Halloween and Christmas are interesting because there’s life and lights in the darkness. I like that though and not to mention the nice things they begin to sell this time of the year. I am interested to know how a Christmas is celebrated in a hot country, it’s years since I even remember how that goes and I am keen to see what will be selling in the shops so that I can try it out… I luv food, of course. I am beginning to feel selfish after thinking about the title of this post; I don’t feel too good now that my thoughts about this are starting to kick in. I have spent enough time in South Africa now to see, to feel, to hear what others are going through when it comes to employment in South Africa.

This is what we are going to discuss today.

A couple of days ago I was asked if I could pick where to live from the five countries I’ve lived in which one would I settle in? I answered, “If it weren’t for the crime and violence, I’d stay in South Africa.” When I think properly about this question, this is what I should have answered. “If there wasn’t crime, violence, unemployment, racism (in all directions), electricity cuts, a flawed transport infrastructure, a better education (due to people’s mentality and lack of knowledge including when they decide to pay people), then I would live in South Africa, but since that is not the case I would choose the United Kingdom as the place where I’d live.”

Do I blame the youth who are leaving this country? Nope. I’ve returned after 18 years, and I am thinking, “What! Affirmative action! Still?” Have a look at this article. After looking at the article, the first thing I asked was, “Why didn’t an Indian speak out? Or Why isn’t an opinion of an Indian person noted?”

Young South Africans speak why we are leaving the country

One person’s opinion in this article is something I agree with here, “We are begging for skilled citizens to stay in a broken society.”

The opinion of Marc Smit is something I myself have wondered about from the time I was unemployed. This statement, in my opinion, resonates with a lot of people, “They do not want to partake in the country; they only want to take from it.”

Indians are telling me the following.

“I am an Indian. I do not want to work for another Indian. They will pay a white person for the same job I am doing for the price I am charging, but they will refuse to pay me the price I am asking.”

“I left my job in human resources because I had to reject educated and skilled people just to comply with affirmative action. It worked on my conscience, and so I left. I preferred being unemployed than going against my ethics. I was unemployed for a very long time until someone finally gave me a job.”

“People who start a new job at thirty years of age no longer get jobs that pay well. They’d be lucky even if they do get a job.”

“People who start a new job at forty years of age no longer get jobs, and even less likely to get a job that pays well.”

“The market is saturated; we can’t even afford degrees. If we are lucky enough to get a degree, then for what? There are no jobs, and affirmative action is still standing in our way.”

“The corruption is bad, why should I contribute to that.”

Here is my opinion after living in five countries when it comes to the part about South Africa’s youth leaving this country.

South Africa’s youth does not even get a chance to live how youth should live compared to the UK, Spain, Switzerland and the US. South Africa’s youth can’t even afford to enjoy their youth without worrying about the rest of their family. While majority of the youth in the rest of the world can still fund their travels through working and travelling, a young South African is living majority of their time in a codependent environment trying to get the rest of the family members to a state of independence so that the rest of the family members can live responsibly. The unfortunate truth is that you need to have just more than one strong person and one strong income (considering the reality of what you will be paid) to lift an entire family out of that so that they can thrive on their own.

South Africa’s youth do not get the freedom to take more risks (not making a mistake is always on their mind) compared to the level of the youth I mentioned in the countries above without always having to have the consequence on their mind. This is purely because of the limits they have as a South African and because of the situation in their country. This stops them from growing, especially when it comes to making a choice involving their passion. If you read my articles, you will see that people’s lives in third world countries are of no value compared to those in first world countries. Unfortunately, when a South African dies, no one cares. People only cared when Mandela died and then what was happening to South Africa was forgotten by the rest of the world.

Personally, when you read my books the South African: True Colours and The South African: Roamer (both books based on a true story) you get to understand why Saesha (MC) had to leave this country. Who wants to leave their country and their family yet is driven by love and risks their life by going with £1300 to become a waitress overseas at the age of 21? Getting employed took one year for Saesha and that was through someone knowing someone so how long would it take her to get employed again?

Here is what people are saying about not getting employment after thirty and forty years of age?

This is the opinion of a woman who is going to become a single mom, some who are single, and some who already have children and are trying to sustain their family.

“We get treated like s**t because we’re replaceable. The market is saturated, and affirmative action doesn’t make it easy. You have to hold onto your twelve-year post even if you desire to go your own way. It’s scary, and you have to go over it a million times until you dare to follow your passion. They’re hiring younger people so that they can pay them less because there’s no chance of pay-out for pension etc. anytime soon.”

“It’s really really hard to get back into getting a job when you’ve been knocked out for reasons you won’t ever know of especially when you’re thirty or forty.”

People’s taxes are contributing to the water and electricity of the less fortunate.

Why are the fortunate not being backed up when they lose their job? Why isn’t there any unemployment funds for them? Why are we paying for years for the contribution of the less fortunate and why are we not dividing a proportion of that to better healthcare and other infrastructure?

How can you expect South Africans to treat each other with fairness, pay each other a good salary if the role models they supposed to trust right at the top are pocketing the money?

To correct things at the bottom, you have to begin to fix things from the top…