How are we supposed to call South Africans who have left South Africa back if affirmative action still exists? An eye for an eye is making everyone blind. If we don’t have equal opportunities, how can we have any inventors? 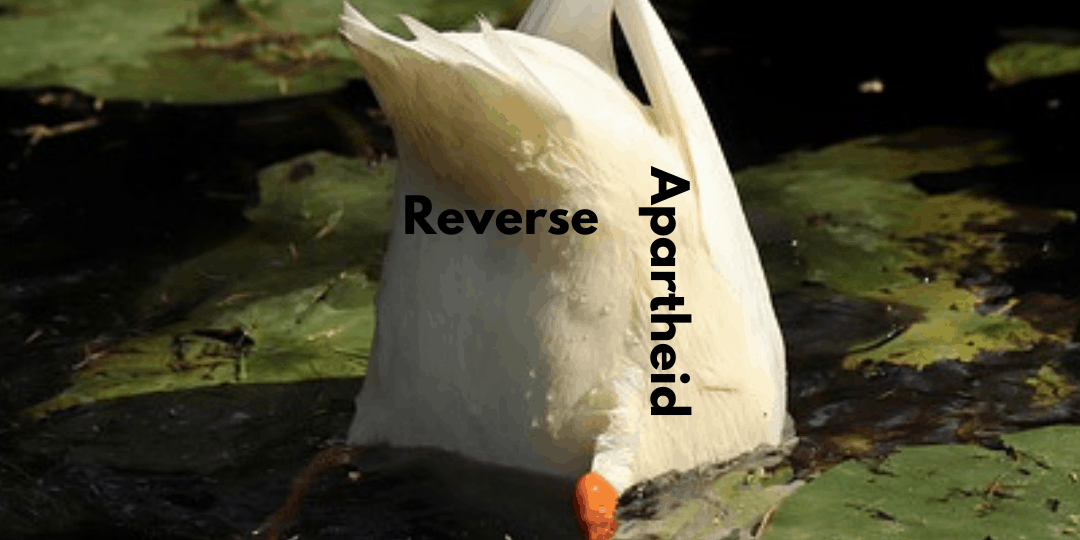 How’z it going? As we’d say in South Africa.

Oof! Christmas is one month away, ooo yes, I forgot I don’t have to buy any presents, I am going through a brief Hindu phase. I am not even feeling like Christmas is coming because…

The rains have come several times now so we should have some really good crops and produce that will last until late autumn I believe.

So, we have a dilemma in South Africa. Six-point seven million people unemployed, I have recently spoken to a coloured boy and an Afrikaner boy. The youth are desperate. People here feel stuck and see the life that they dream of so far from their reach that those that can are considering seeking opportunities abroad. I no longer talk about my adventures abroad so much; I feel selfish. I don’t want to take them to that dream. This makes my reason why I do what I do even stronger now.

I told them, “Look, affirmative action needs to go for the sake of all; Indians, coloureds, South African Africans and whites.” Once as a nation, we let that go, we just have to trust. It’s like trusting god. They smiled with the hope that they’d see that day soon. A very broad smile, which was a sign of faith. This, to me, was a sign that the work I am doing will bring change. It doesn’t end here. I don’t think companies are paying people their worth, and not just companies, any person employed for a matter of fact isn’t getting paid their worth, and it all starts from the bottom. There are very few people in South Africa that live the elite life, and they are the ones who possess power and the key to change things in this country.

You know I’ve seen and heard some crazy things in my last seven months in South Africa, some really unfair things. Sorry, South Africa. If we don’t begin to uplift this country as a nation, not just South African Africans; I mean all of us together as well as letting go of the past and just starting fresh; equality for all, then, my friends, South Africa will keep moving forward like a snail while other countries have reached maturity. Our issues, frankly, are so stupid that we haven’t even begun looking at the major shifts and the role we play in the world. We’re playing each other for years and nowhere near the bigger picture.

How much proof do you need? I am sitting in front of you through this piece of writing, a woman who’s come from a home with domestic violence, parents who’s worked hard to keep a family close to a middle-class upbringing, living in a segregated area during Apartheid, lived in a patriarchal society, lived in four other countries, faced racism in South Africa and abroad, faced xenophobia that comes with being an immigrant. Here she is, the woman who was unemployed for over a year until getting her first job in South Africa over eighteen years ago, served with a gun to her head in her first full-time job until she had to say, let’s walk out on this country because this time, if you choose to stick around you might be dead and besides it will take three years or more to get another job unless another Indian is willing to help you.

Who are you kidding South Africa, it’s no secret anymore? White people are helping white people; South African Africans are helping Africans, Indian are assisting Indians, and the coloureds are assisting coloureds. There are a very tiny, in fact, a minute percentage of us trying to help all people in this country. I am being told that it is the only way out of the system of inequality in this country right now. So why do we want to call back the other South Africans who are way better off living abroad?

They are safer there, and they’ve chosen the reasons for themselves to stay there.

I think we’re in a space that everyone below forty-seven years old can say that “We had no idea what the hell was going on in this country because we all were masked and played via our circumstances.”

Those who are over forty-seven years old and more (depending on the race they were from) had also lived a life where the circumstances created forced them to row on. So, what are you left with? An old generation that will hardly get employment, some went overseas, and others are pensioners.

Now that the past has become so dull, we’ve created reverse apartheid which has taken this country backwards. I still ask is this all we can invent?

Here’s the full list with the description of what it solves https://en.wikipedia.org/wiki/List_of_South_African_inventions_and_discoveries

I was looking mainly at the sections post-apartheid. These are my findings.

The origins of most of the inventors had British ancestry and access to better education. There were 14 inventions made post-apartheid from the year 1995.

Some of these inventors don’t live in South Africa anymore.

So, South Africa, where are we heading? Your country, your choice, and where do you want to see yourself in this world?

An eye for an eye is making everyone blind. The people in this country hasn’t moved past the past to be able to have a strong position in the world. There are so many people (so many millions of people) in South Africa who want to be someone else because there is no one making room for them to be who they are truly meant to be.

The catch 22 in South Africa and the 6.7 million and more who are unemployed

Articles like these will never make it in time to change some people’s lives, for example, a five-year-old being looked after by a paranoid schizophrenic single mother

The British government supported apartheid, but what happened to those who never had any European ancestors who came to work in Britain, thinking the relationship with the Commonwealth Countries were about history? Then what that meant for people from Commonwealth Countries living in Britain and people in Commonwealth countries when Britain joined the EU? Here is an aftermath of how South Africans/Africans were treated in Great Britain.

Approximately 3500 children a year survive abandonment in South Africa. Sixty-five percent of them are new-born infants, while 90% are under the age of one. The number of “unsafe” abandoned children could be higher.

How cheap is a South African’s life? A country where you can hire a hitman for anywhere from 5 000 rands (£274,35) upwards. From what I present to you in this article 58 lives murdered a day in most cases means life is worth 0 rands in South Africa

While it’s often said and still being said that Africa’s population is increasing the truth is that many South Africans don’t want to have children because they don’t have time nor money.

Mental Health – South Africa’s culture of violence is the cause of the increasing number of suicides. Violence in South Africa equals with those of war zones according to SAFMH

Hindu or Muslim? Why Indians can’t seem to stand as one race till today in South Africa? I can’t speak for the rest of the world…

Why doesn’t South Africa have a cashless system?

What is estimating your worthiness?